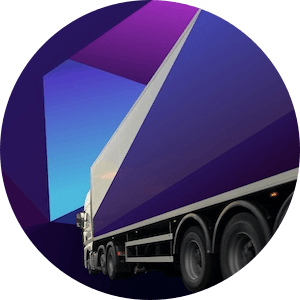 Tools and technologies shaping the future of trucking

These tech solutions aim to shape the future of the truck industry by improving road safety and fuel efficiency while moving traditional freight matching and route planning online, providing convenience and cost savings for truck drivers, fleets, and shippers. The Internet of Things (IoT), sensors, and camera technologies have become essential to fueling the industry’s advancements.

Route planning, online freight matching platforms, and Society of Automotive Engineers (SAE) Level 1 autonomous technology are in the commercial stage, whereas autonomous trucks (SAE level 4 and 5) and electric and fuel cell trucks are still at the pre-commercial stages.

The combined market for autonomous trucks, electric trucks, and digital freight platforms in the US could reach USD 31 billion–USD 52 billion by 2030

The trucking tech industry is dominated by incumbents, especially in route planning software, driving and safety assist tools, and autonomous trucks. In contrast, startups hold a notable presence in freight matching and tracking platforms, likely influenced by the success of the digital ride-hailing and hospitality industries. Despite being relatively capital-intensive, the autonomous trucks segment also has a high presence of startups as costs of autonomous technology have decreased due to the boom in the self-driving vehicles industry. For example, Waymo managed to bring its Laser Bear Honeycomb LiDAR prices down by around 90% to roughly USD 7,500 by 2019 from the industry norm of USD 75,000 a few years before.

The most prominent disruptors in the industry come from the autonomous trucks segment (collective funds raised to date over USD 4 billion), despite these companies still not reaching full commercial scale. Aurora Innovation and TuSimple are considered the segment leaders, having raised USD 1.1 billion and USD 648 million, respectively, and reaching unicorn status in 2019. Nuro is also included in this segment, raising more than USD 1.5 billion in funding; however, the company is primarily involved in last-mile delivery automation with only a limited presence in the autonomous trucks industry.

Most disruptors operate in the online freight platforms segment, raising more than USD 2 billion in funding collectively. These companies have reached commercial-scale operations, with the majority operating in early or growth stages. Convoy is the highest-funded company in the space, raising USD 666 million as of March 2021 (reaching unicorn status in 2018). KeepTruckin and Germany-based Sennder are other prominent trucking app startups, both having raised more than USD 200 million as of March 2021.

Aurora Innovation (Aurora) is an autonomous vehicle technology startup founded by former Google, Tesla, and Uber executives, listed on Nasdaq since November 2021. It provides autonomous vehicles under two divisions, namely “Aurora Horizon” (its autonomous trucking service) and “Aurora Connect” (its autonomous ride-hailing service). Both are powered by the company’s self-driving technology “Aurora Driver.” In July 2020, the company tested Aurora Driver using Peterbilt class-8 trucks and Chrysler Pacifica minivans. The vehicles were tested on commercial routes for package delivery in Texas. The company has its own LiDAR sensor system, “FirstLight Lidar,” integrated into its Aurora Driver technology. It has acquired two LiDAR startups, namely Blackmore (May 2019) and OURS Technology (February 2021), to expedite and complement the development process. The company will provide the service to customers on a subscription basis once commercialized in 2023.

Aurora also acquired Advanced Technologies Group (ATG), Uber’s self-driving car unit in December 2020, to complement its autonomous technology development. As part of the transaction, upon transferring ATG to Aurora, Uber invested USD 400 million in Aurora and Uber’s CEO joined Aurora’s board. In August 2021, Aurora launched its “Fusion” next-generation hardware kit to integrate its technology with Uber ATG’s and improve the decision-making speed and accuracy of Aurora Driver and enable autonomous vehicles to operate in varying weather conditions, including rain, snow, and fog. In December 2021, the company also partnered with Uber Freight to launch a pilot to haul goods in Texas and integrate Uber Freight's shipping platform within Aurora Horizon.

In January 2021, Aurora partnered with the medium and heavy-duty truck manufacturer Paccar to develop and deploy autonomous trucks. The plan is to test autonomous Peterbilt and Kenworth trucks at Paccar’s technical center in Washington and on public roads. The companies expect to deploy the trucks in North America within the next few years. The companies also partnered with logistics provider FedEx in September 2021, to launch a commercial pilot of autonomous trucks in linehaul trucking operations, by configuring Paccar’s trucks with “Aurora Driver'' to haul FedEx loads between Dallas and Houston. These trucks operate autonomously with a backup driver for additional safety, which is reported to be in line with Aurora’s target to launch autonomous trucking technology to operate without a safety driver by the end of 2023. In March 2021, Aurora also partnered with Volvo to jointly develop autonomous semi-trucks for the North American market. The prototype version of the truck was unveiled in September 2021.

Aurora was listed on the Nasdaq in November 2021 by merging with a special purpose acquisition company (SPAC), valuing the combined entity at USD 13 billion.

Incumbents in the route planning and online freight platforms space include truck stop and travel center companies that introduce their own apps (TravelCenters of America, Love's Travel Stops), as well as other established road travel planning and freight matching companies with separate apps for truck drivers (Trimble MAPS, Zonar, and Direct Freight Services). 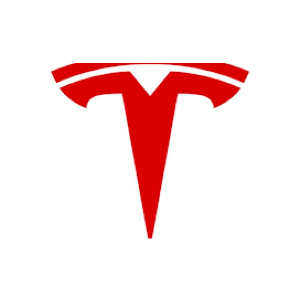 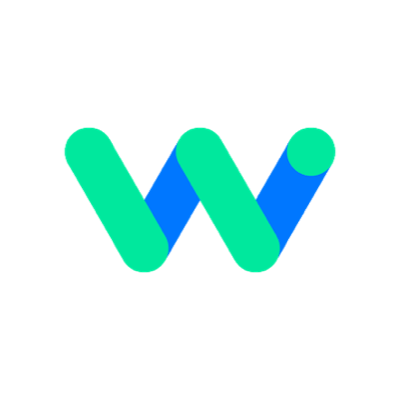 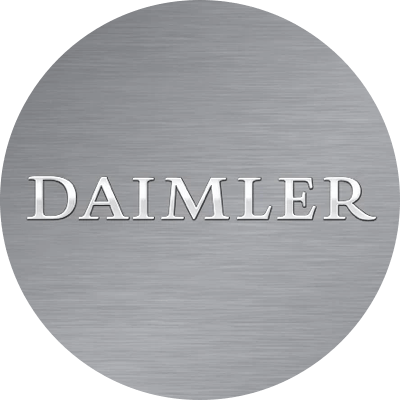 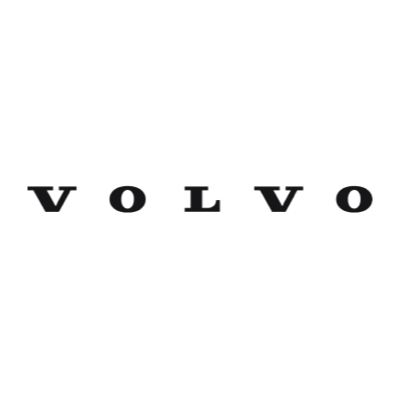 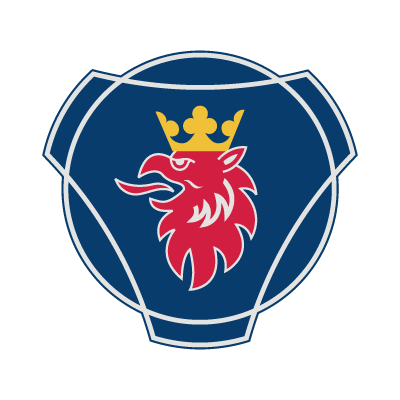 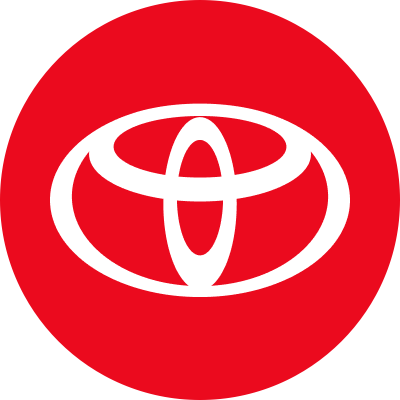 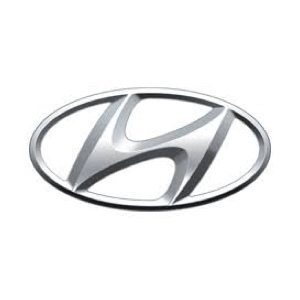 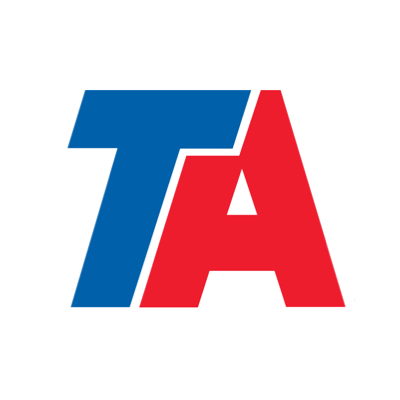 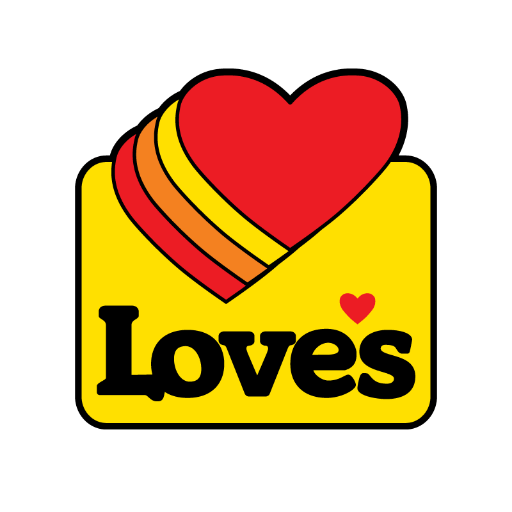 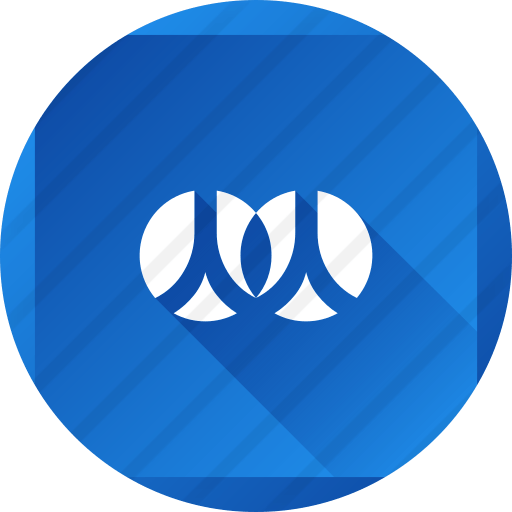 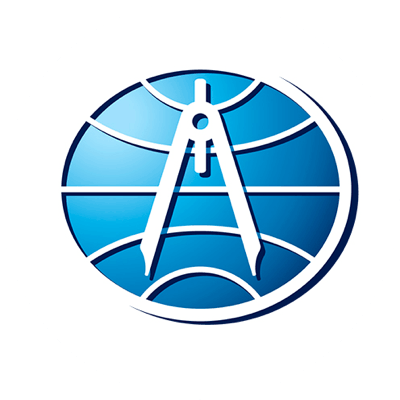 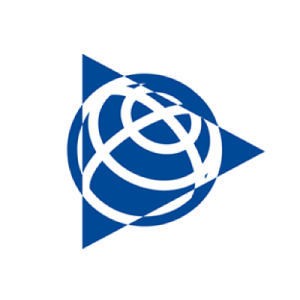 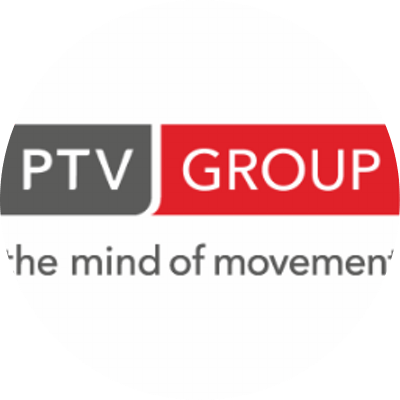 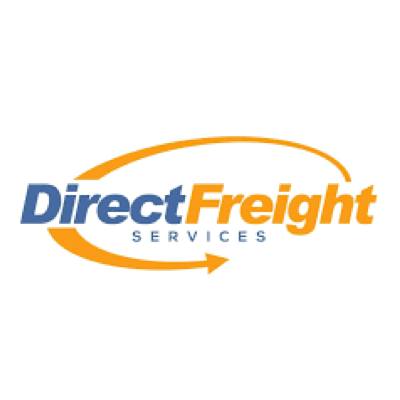 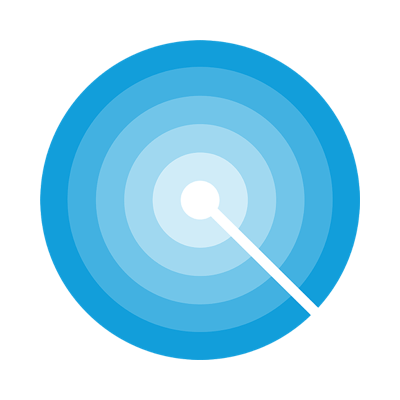 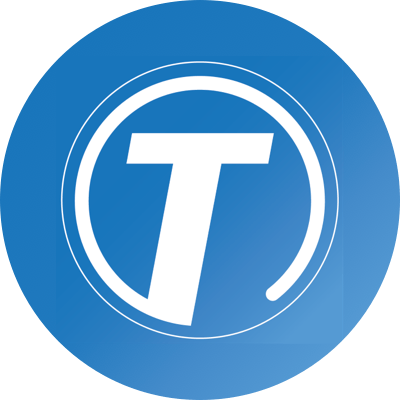 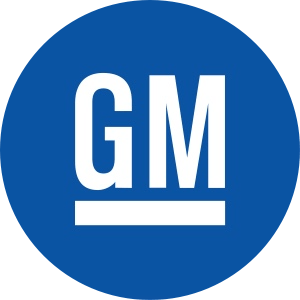 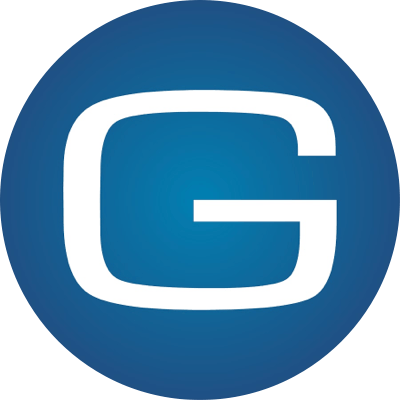 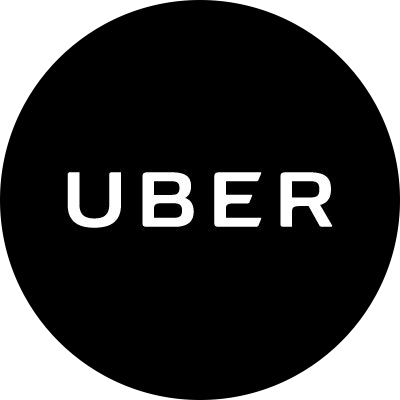 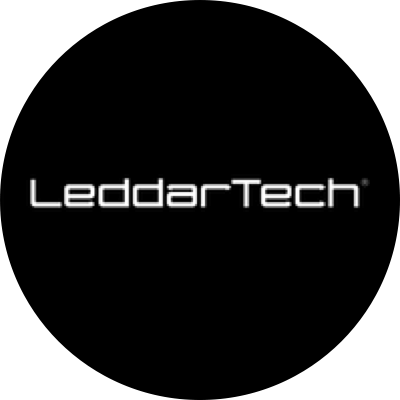 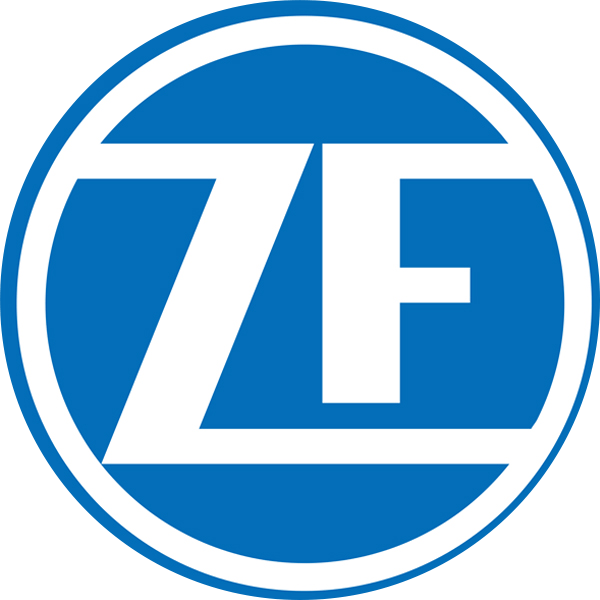 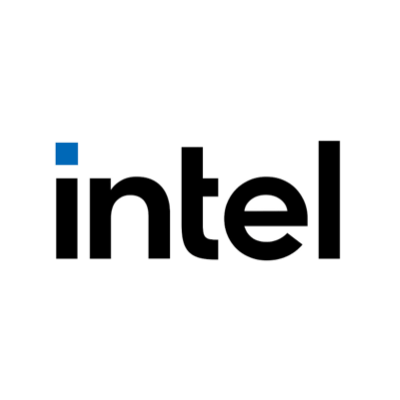 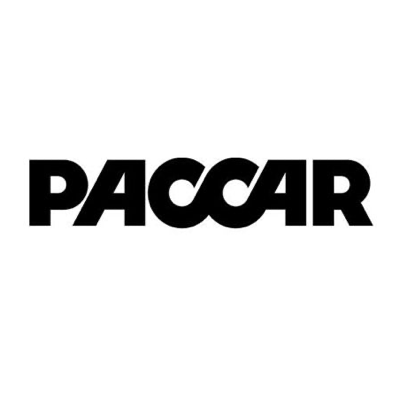 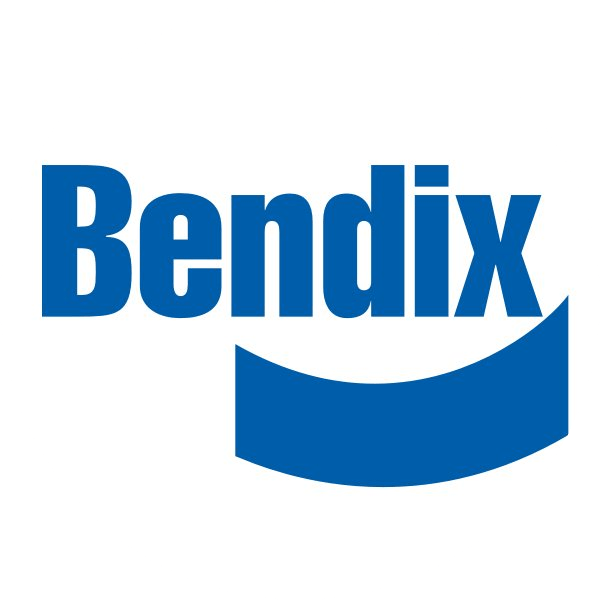 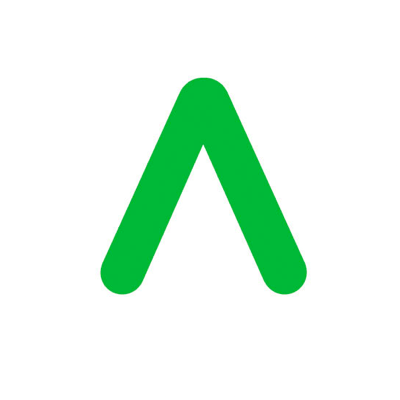 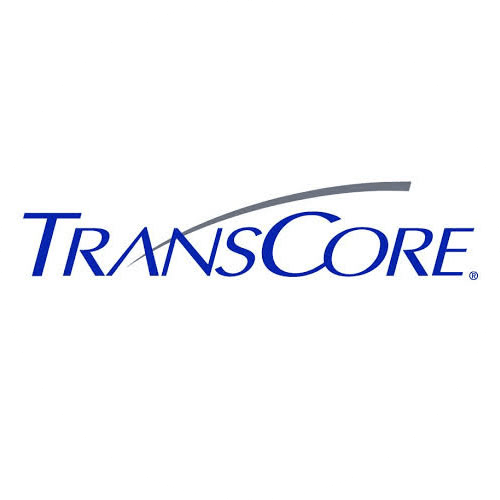 The company pushed back mass production of the truck to 2023 from 2019 but started limited production in December 2021. The delay came amid the company’s attempt to develop its own battery cells at scale for the trucks, and other supply chain shortages. The truck models are expected to be priced at USD 150,000 (300-mile range model) and USD 180,000 (500-mile range model). Tesla has secured preorders for the truck from companies including Karat Packaging (for 10 trucks; December 2021), MHX Leasing (for 10 Trucks; April 2021), Pride Group Enterprises (for 150 trucks; November 2020), Walmart Canada (for 130 trucks; September 2020), and Pepsi (for 100 trucks; December 2017). It was reported in February 2021 that at least two units had been spotted being transported in Sacramento, California, the first appearance since the launch in 2018.