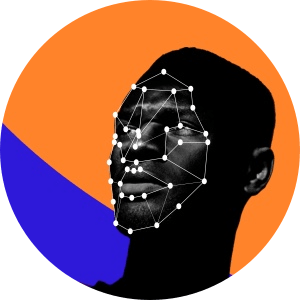 Biometrics-based technology expands from security into the commercial sector

Facial recognition technologies are software-based applications that use biometrics of the human face (such as the distance between the eyes, nose width, the shape of the cheekbones) to determine a person’s identity. Typically, facial recognition software gathers these metrics from photographs or recorded or live video and compares them against a database of images of faces to find a match, meaning a face with identical biometrics. In this comparison and matching process, facial features picked out by algorithms are converted into a mathematical formula.

Facial recognition technology has been a surveillance tool since the 1990s, used by the US in criminal law enforcement and border control. Now, it is actively being expanded into the commercial sector for use in banks, retail stores, airlines, and restaurants, among other areas.

Incumbents in the field develop in-house technology for their own use to enhance their product offering, for example, Facebook and Google using facial recognition technology for automatic photo tagging in their tech platforms. Among the incumbents, Amazon and IBM also provide services to external customers.

Clearview AI is a provider of facial-recognition research tools for law enforcement to identify both perpetrators and victims. As of August 2020, the company had entered into contracts with more than 2,400 police agencies in the US. In February 2021, a patent filed by the company in August 2019 became public, which describes how the technology can be used by the private sector in addition to law enforcement agencies. The patent describes the private use of the software for individuals to obtain more information on people they meet through business, dating, and other relationships by using facial recognition. In December 2021, the company received a notice of allowance for the patent. However, in an interview, the company’s CEO Hoan Ton-That has iterated that the software is only used for law enforcement at present and that the company has no plans to launch a version targeting private customers. However, despite the company’s claims that it only works with law enforcement agencies, a customer list leaked in February 2020 revealed the names of private companies such as Walmart and Macy’s.

The company claims to have a database of more than ten billion images said to be scraped from social media sites such as Facebook, Twitter, YouTube, and LinkedIn. Over January and February 2020, these companies demanded that Clearview AI stop scraping data from their websites. Clearview AI CEO Hoan Ton-That stated it only collects publicly available images and is protected by the US Constitution’s First Amendment. The consequences of these claims are yet to be determined. In their last fundraising round in July 2021, the company raised USD 30 million—including a previously disclosed USD 8.6 million from September 2020—from undisclosed investors. This round brings the company’s total funding to USD 38 million, valuing Clearview AI at USD 130 million.

Given the claims mentioned above concerning working with private companies and using scraped data, the company has stopped operations in several regions within the US, Canada, Australia, and the UK over violations of privacy laws in relation to collecting photos of citizens without their knowledge or permission. In December 2021, three Canadian provincial privacy protection authorities ordered Clearview AI to stop collecting citizens’ personal information and to delete already collected information, while the French data protection agency Commission Nationale Informatique & Libertes (CNIL) notified Clearview AI to stop processing French citizens’ personal data and to delete existing data within two months. That said, the company, which has operations in more than 25 countries, continues to expand. For example, the company signed a USD 500,000 contract with Immigration and Customs Enforcement, a federal law enforcement agency under the US Department of Homeland Security and a USD 18,000 contract with the Federal Bureau of Investigations (FBI) in 2021. Further, with the aim of strengthening its product, in October 2020 the company announced its plans to introduce new compliance features to prevent abuse and enforce usage rules for law enforcement officers. The company also introduced several features in October 2021, to deblur photos and to depict the full faces of people wearing masks. In November 2021 the company announced that it has achieved number one status in the US in one-to-one facial verification, one-to-many facial verification, and wild photos categories in the facial recognition vendor test (FRVT), conducted by National Institute of Standards and Technology (NIST). The company has reportedly received a notice of allowance for a patent

Most incumbents use technology developed in-house for use in their own products. For example, Facebook and Google use facial recognition technology for automatic photo tagging. They have also acquired startups with complementary technology to strengthen their offering. Other incumbents, such as Amazon, Evolv Technologies, and Acuant, compete with startups in the market. For example, Amazon competes with startups via Amazon Rekognition, which has been used by US law enforcement until recently. Acuant also competes with many startups providing identity verification solutions.