Quantum computing is the use of quantum mechanics to store and process information millions of times faster than a classical computer. The technologies currently used in building and operating quantum computers are largely still nascent, which makes them error prone and difficult to scale, but full of enormous potential. Current quantum systems are used to solve complex problems for corporations, and real-world application in areas such as chemistry and drug development are expected to take place in the coming two to five years.

Classiq and Q-CTRL team up to accelerate quantum algorithm development 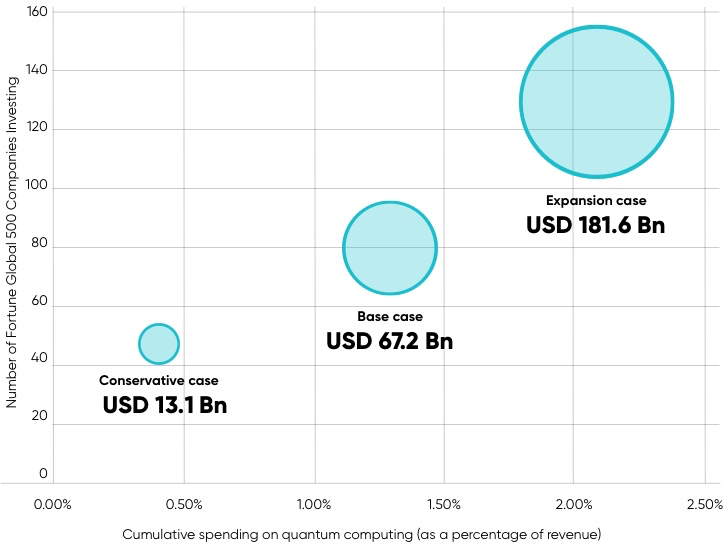 Quantum computing companies can be categorized into six segments, with the highest number of startups located in the software applications category. While the most highly funded startups operate as end-to-end providers or specialize in developing quantum computing hardware, a growing number of smaller companies have entered the software space in recent years—inflating the size of this segment. Startups face competition from big tech incumbents, the majority of which operate as end-to-end providers that develop both quantum hardware and software. Overall, most startups in this industry are still at the seed stage with only a quarter having reached the early stage size.

The development of viable quantum computers requires trial and error of different technologies. While large incumbents are less likely to experiment with multiple technologies, startups have an important role in accelerating innovation.

The uncertainty around quantum hardware technology levels the playing field for all existing and new players in the industry. This is evident in the case of PsiQuantum, a relatively unknown startup which attracted the three largest investments in the history of quantum computing during 2019–2021, to prove the viability of the ‘photonic approach’ in building quantum computers. In addition, companies with different approaches do not necessarily directly compete with each other.

Rigetti is an end-to-end provider of general-purpose quantum computers. The company’s approach to developing computers is based on superconducting qubit technology, similar to Google and IBM. Since 2017, the company has operated a cloud-based quantum platform that allows developers to either create applications or use Rigetti’s virtual machine.

Rigetti is well-positioned to compete with incumbents as well as startups because of its advancements in hardware, which is currently used by 14 other companies (mostly other quantum software startups). In 2018, Rigetti announced it was working on building a computer with 128 qubits, potentially the highest in the world if completed. Rigetti introduced the world’s first multi-chip quantum processor, in June 2021, that physically connects multiple chips with their own qubits in a single functional processor, which is expected to improve scalability. It also launched its first commercially available 80-qubit quantum system in February 2022, which exceeds the qubit count of any other startup, but is lower than that of IBM.

The company expanded its geographical presence with the launch of its 32-qubit, cloud-based Aspen system in the UK market in June 2022. It also strengthened its position in the software segment via the acquisition of QxBranch (a Washington-based quantum computing software company) in 2019.

Rigetti has also collaborated with AWS to ease access to its computing cloud. In July 2021, it partnered with Riverlane and Astex Pharmaceuticals, to apply quantum technology to drug discovery. This partnership will also be a stepping stone for Rigetti to commercially apply quantum computing to the pharmaceutical industry. Additionally, as part of an Innovate UK grant, the company partnered with Riverlane in June 2022 to explore and develop error correction solutions.

Business model indicators for few companies have been left blank owing to them yet being a development stage or information unavailability.

Large tech companies became more actively involved in quantum computing after the launch of D-Wave’s quantum annealers in 2011. Almost all the incumbents operate across the stack (hardware and software), with the objective of building an in-house general purpose (universal) quantum computer. This could mean that the incumbents are all eyeing the long-term large-scale revenue opportunities that universal quantum computers offer. Industry experts also argue there is no theoretical proof that quantum annealers can offer a major advantage over classical computers.

While incumbents have a few obvious advantages (e.g. access to large investments and the availability of a supporting ecosystem and faster access to users) over startups, uncertainty around qubit design technology puts tech giants' edge at risk. It is possible that a startup with no such advantages could prove the viability of quantum computers with a newer technology. That said, many of the biggest advancements in today’s quantum technology have come from leading incumbents, in particular from Google and IBM.

The uncertainty around the technology has also elevated the need for partnerships across companies, mainly for software solutions. Microsoft and Amazon (AWS) have partnered up with companies that work on various quantum hardware technologies that allow users to run programs in any back-end technology.

Google’s quantum research began in 2006 with a focus on using quantum computing to accelerate machine learning. The project expanded in 2013 with the introduction of the Google AI lab, partnering with NASA and the Universities Space Research Association. Initial research was based on D-Wave’s annealing computer, which Google purchased in a multi-year collaboration that requires D-Wave to supply all new models to Google’s lab. Google states purchasing D-Wave’s computers ensures that the company has access to commercially available latest chips. Google builds its own hardware and software in its lab to help develop future innovations, including AI. Unofficial sources claim Google has a second secretive quantum computing team at ‘lab X’ that focuses mainly on quantum software.

Google’s approach to quantum computing is centered entirely on superconducting qubits, which the company believes can provide greater opportunities to scale up, owing to their basis in its existing semiconductor architecture. It has also been partnering with other quantum startups (e.g. Zapata), enterprises (Volkswagen, NTT), universities (UC Santa Barbara) and global research organizations (Forschungszentrum Jülich) for joint research on quantum computing.

Google is currently the strongest player in quantum computing hardware. Google was the first and only company to have claimed quantum supremacy—i.e. proving that a quantum computer can carry out computations that today’s classical computers cannot perform—on its 53-qubit computer, which was later refuted by IBM. Google nevertheless developed an even more powerful, 72-qubit quantum computer chip, announced in 2018, recording the most qubits in a universal quantum computer in the world. However, Google is heavily dependent on superconducting technology, which has a few disadvantages when it comes to emerging technologies. The company could find itself at a considerable disadvantage if another qubit technology prevails over superconducting technology in the future.