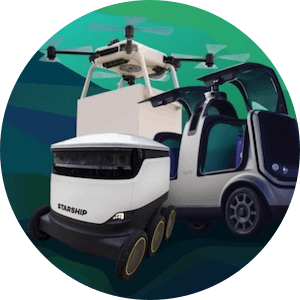 Automation and robotics are finally creating solutions for the complexities of doorstep deliveries.

Last-mile delivery (LMD) covers the process of transporting products from a distribution center—usually a retail store or warehouse—to the end consumer. This process has become increasingly automated due to the introduction of robots and autonomous vehicles into the supply chain, allowing companies to distribute goods with reduced labor and costs while improving efficiency. Furthermore, due to the Covid-19 pandemic, delivery options that limit the risk of contamination through human contact have become a priority. 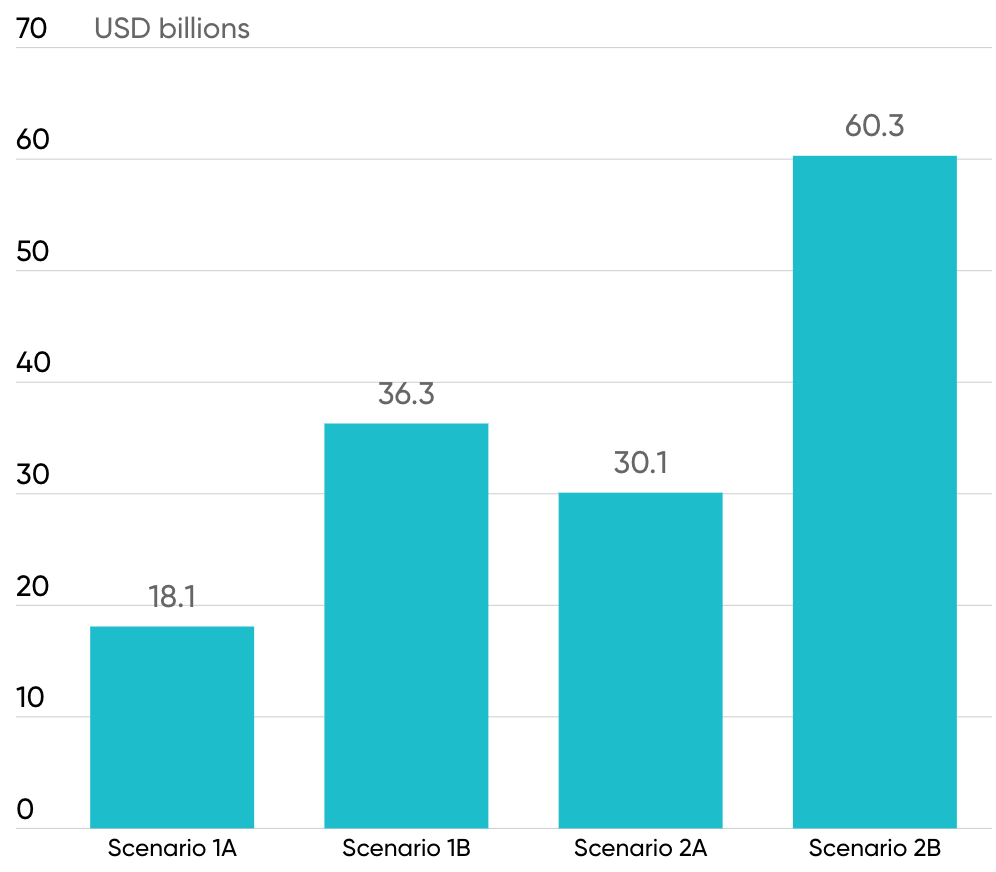 There are two general categories of companies that are adopting automated LMD services: those that partner with startups and those that develop the technology internally. Because most companies are logistics companies and not technology companies, most of those that have chosen to develop the product themselves have outsourced the majority of the process to third parties.

A handful of early-stage companies are at the forefront of developing technology for droids and ADVs, and they are predominantly located in the San Francisco Bay Area. Most of the companies received their initial funding in 2016 and 2017, and a flurry of partnerships have been announced since 2018.

Nuro is, by far, the largest and most well-funded company in the last mile delivery automation space and ADV segment with a total of USD 1.5 billion in funding. Ree Automotive is another prominent ADV startup, listed via a SPAC that raised USD 500 million in February 2021. Other startups in the ADV segment are much smaller, topping out at USD 10 million or less.

The drone segment has the highest number of distributors of any segment. Collectively, they’ve raised around USD 728 million as of August 2021. Zipline leads the segment in terms of funding with USD 483 million raised. Most of these companies are yet to reach commercial-scale operations with only Zipline operating as a growth-stage business. Other prominent startups in the space include Matternet, Flytrex, and Flirtey which are all in the early stages of operations.

REE Automotive , listed on Nasdaq since July 2021, offers four-wheeled, customizable electric self-driving chassis platforms. Its “REEcorner” technology platform integrates all drive components into the arch of the wheel while the flat, modular chassis can be used as a battery or fuel cell-powered vehicle. Its technology is used in autonomous delivery trucks, shuttles, and robotaxis. The Israeli company offers the products in five different models with varying carrying capacities and speed limits for a broad range of purposes, including last-mile delivery, mobility-as-a-service, mid-mile delivery, and medium-duty delivery, among others. In November 2021, REE Automotive unveiled a fully autonomous modular EV concept vehicle dubbed “Leopard,” pitched toward purposes like last-mile delivery. It has a cargo volume of 180 cubic feet, and can travel at a maximum speed of 60 mph. REE Automotive also commenced trials of its medium-duty delivery platform dubbed “P7” in January 2022.

As announced in February 2021, REE Automotive intends to have around 15 assembly plants by 2026 in locations including the US, Germany, and Japan; the first set to open in Austin, Texas with production to begin by 2023. The manufacturing would take place via a network of OEMs from more than 30 countries, including American Axle, Mahindra, KYB, and Brembo and then be assembled at its plants. It also aims to begin mass production in 2022 and has signed MOUs for around USD 5.1 billion in orders through 2026.

The company formed several strategic partnerships in 2021 including 1) an April 2021 agreement with Magna International, a mobility technology company, 2) Hino Motors, a Toyota subsidiary that manufactures commercial vehicles and diesel engines, to build Modular Electric Vehicles (MEVs) in a deal signed in April 2021, 3) another agreement that same month with Navya, a French self-driving tech company, to develop the Society of Automotive Engineers (SAE) Level-4 autonomous system to integrate with REEcorner technology (road testing completed and second stage integration testing to commence as of September 2021), 4) a May 2021 agreement with American Axle & Manufacturing, a US-based automotive supplier, to design an electric drive system for its platform, and 5) a July 2021 agreement with EAVX, a business unit of the commercial automotive and manufacturing goods and services provider JB Poindexter & Co, to integrate REEcorner technology with JB Poindexter’s commercial vehicle bodies manufactured in the US.

The company announced plans to go public in February 2021, merging with the blank-check company, 10X Capital Venture Acquisition Corp. The deal valued REE at USD 3.6 billion and raised USD 500 million for the company. This includes USD 300 million from a group of investors including Mahindra and Mahindra, Koch Strategic Platforms, and Magna International. REE’s existing investors own more than 80% of the combined entity. The company was also awarded a USD 17 million grant from the UK government in August 2021, for commercial production of its REEcorner technology and its modular electric vehicle platforms.

There are two main options for offering an automated LMD service for incumbent players in the logistics and delivery space: partner with startups emerging in the space, or develop the technology internally.

Many companies that have chosen to develop their products internally have needed to outsource the majority of the process to third parties, as they are primarily logistics companies or non-tech enterprises and therefore lack the required skills and expertise. For instance, Amazon acquired the autonomous droid company Dispatch to support its droid development and also outsourced US drone development to third-party suppliers, Fedex used DEKA Development & Research Corporation to develop its delivery droid, and Yum! Brands acquired Dragontail Systems to develop their own drone-based delivery solutions.