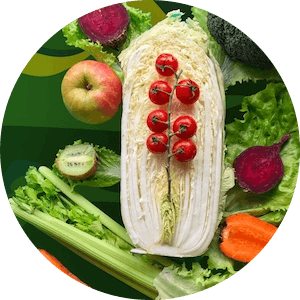 Global levels of food waste continue to increase, and the US alone has seen food waste triple over the past 50 years. Consumers have noticed and have begun voicing their concerns and increasingly taking action by demanding attention from corporations and regulatory bodies.

Both the United Nations and the United States government have set the goal of halving food waste by 2030.

This all bodes well for a group of companies that are attempting to create a business out of food waste.

Continuous business expansion despite the pandemic

Food waste startups completed  22 rounds of funding and raised around USD 534 million in 2020. This trend continued into 2021 with around USD 479 million raised in 7 rounds during the first four months of the year.

Recycling startups account for more than one-third of food waste industry disruptors and incumbents. The majority of these companies focus on recycling food waste into edible food and beverages. Despite having attracted the least amount of funding, these players are at either the early or growth stages of product development and customer acquisition.

Businesses focusing on redistributing surplus food via online platforms represent 33% of the industry’s disruptors and incumbents with several such as Misfits Market and Hungry Harvest reaching relatively high levels of brand awareness.

Waste prevention technology is a highly funded segment of the industry, after redistribution, with funding of around USD 623 million as of March 2021. The majority of these providers offer edible coating, smart packaging, or tracking systems to manage and prevent waste in the early stages of the food supply chain.

Most startups in the food waste management industry focus on recycling food that is being wasted or redistributing them via online platforms. Most of these companies are in the growth stage, with successfully commercialized products and international expansions underway. In contrast, a smaller number of players focus on food waste prevention technologies such as packaging that extends shelf life, protective food coating, and devices that track and monitor food wastage. These startups are also mostly at the early or growth stage and have existed for several years or longer compared to players in the other segment. This dynamic can largely be attributed to the longer timeline required for food protection technologies.

However, food prevention technology companies have attracted nearly USD 623 million in funding, more than the recycling segment of the industry—in part due to high R&D, prototyping, and regulatory costs.

Too good to go

Rubies in the Rubble

Based in Israel, Save Foods produces a patented mix of food acids that protect fresh fruit and vegetables from microbial spoilage and pathogens. The company offers two products: SavePROTECT and PeroStar, which can be diluted in water and applied on fruits and vegetables even using existing equipment such as sprayers. The chemicals are approved by the US FDA and have received the Generally Recognized As Safe (GRAS) certification. Save Foods claims that its products are safe for consumption and has reduced spoilage by 50% at retail stores. The company also claims that using its products on lime is likely to result in 90% less decay and resultantly around 4% increase in profits.

As of June 2021, the company has conducted nine successful pilot trials with five commercial partners, and has treated more than 250,000 tons of fruit across the US, Mexico, Spain, Italy, and Israel. Save Foods’ commercial partners are SCiFarms, Mor International (Sharon Fruits), Planet Ag, Galilee Export and Sun Pacific (for the Cuties and 2B Fresh brands). As of September 2021, the company had seven patents granted and had seven more pending approval in Israel, the US, and Europe. Four of the pending patents are expected to be submitted for approval globally.

In June 2021, SCiFarms (a lime producer in the U.S., Canadian and European market) announced that following the successful pilot with Save Foods, it will use SavePROTECT across all its packing houses. During FY2020, the company reported a YoY revenue growth rate of 32% achieving a total sales of USD 232,274. Operating losses during the year amounted to USD 1.3 million.

In May 2021, the company raised USD 12 million via its IPO and was listed on NASDAQ. The company plans to use the IPO proceeds for research and development, to accelerate product commercialization and increase the scale of its business.

Too good to go

There is a lack of incumbent activity in the food prevention technologies or online platform spaces, implying that these are still emerging trends within the industry. However, major IT firms like IBM are developing smart waste management solutions.

Overall, incumbents mostly appear to be developing their food waste management services in-house, although there are a few notable partnerships and acquisitions.