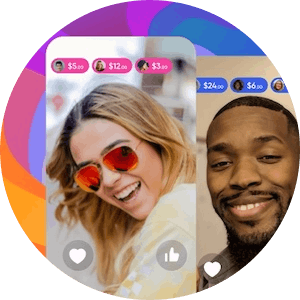 Giving creators the power of content monetization and audience engagement.

Giving the power of content monetization and audience engagement to creators

From YouTube to TikTok to Clubhouse, digital content creators have developed into an animating force in the media, communications, and technology industries over the past decade. And over time, a growing network of tools, products, and services have developed around content and social media platforms to monetize opportunities for creators—influencers, celebrities, artists, etc.— to earn income outside of traditional and ad-supported distribution channels. The economic relationship between creators and their audience is, in turn, becoming more straightforward than ever as fans pay directly for exclusive content, interactions, and experiences; with creator platforms sitting in the middle, earning revenue through each transaction.

Alongside social platforms, creators are turning to platforms such as Patreon, Cameo, Substack, and Teachable that prioritize paid content over freemium offerings and provide the opportunity to maintain a continuous engaging relationship with their audience from production, to discovery, to monetization.

The creator economy largely revolves around videos, live streams, photos, and podcasts. Therefore the market segment covering these areas is more mature and therefore more highly populated with incumbents compared to the other segments.

However, new concepts in creator-fan interaction—primarily facilitated by membership providers—can guarantee monetization for creators unlike more established freemium and ad-supported models. This segment includes established disruptors such as Patreon, escapex, and OnlyFans—providing an alternative to video content and blogs. Most of the disruptors in this segment are membership-based with creators and fans able to offer and purchase a range of interaction options at different price points.

The disruptors of the creator economy are bringing about more intimate channels for creator-fan interactions (such as Cameo, escapex, OnlyFans), in addition to platforms where individual creator monetization is guaranteed (such as Patreon, Substack). These disruptors enable creators to actively engage with their audience, predominantly via video or text, and have seen rapid growth, bringing fierce competition to existing incumbents.

Cameo offers a platform where creators, such as influencers, celebrities, athletes, artists, and musicians, can provide personalized videos and shout-outs to fans as per their request, charging for each video from USD 5 to as high as USD 2,500. Creators who have a minimum of 20,000 Instagram followers are automatically admitted onto the platform, where they set their own price and can choose to accept a fan request or not within seven days. The creator must fulfill the request within a week, which the fan can download and share. Additionally, Cameo provides a messaging option for less expensive creator/fan interactions. Cameo takes a 25% commission on each transaction on the platform.

As of September 2020, Cameo had more than 30,000 creators across multiple industries. Cameo reported that it generated around USD 100 million in video transactions in 2020, with more than 2 million video messages being shared on its platform since launch, of which 80% were gifts for others. Furthermore, the company reported its creators and fans are based in 138 and 178 countries, respectively, with almost 20% of Cameos being purchased from outside of the US as of March 2021.

The company’s most recent funding round was Series C funding worth USD 100 million in March 2021, which valued the company at over USD 1 billion, achieving unicorn status. The funds are to be utilized to enhance the Core Cameo experience and capabilities, create new creator-fan engagement products (including Fan Clubs and Cameo Calls), and develop Cameo's B2B business. The company also plans to continue its international expansion.

Cameo acquired marketing and merch company Represent (October 2021) whose clients include Jennifer Lopez, Ed Sheeran, Leonardo DiCaprio, and Matthew McConaughey, among others. The acquiring company will onboard the Represent team as well as Represent’s existing client relationships. In the near term, Cameo plans to allow fans to purchase “gift bundles” that pair a Cameo video with related merchandise from the creator. The company hopes to introduce new forms of creator-fan engagement, establish new creator revenue opportunities, and offer non-profit organizations a new way to raise funds.

Acquisitions are the most common form of entry

Major social media platforms including Facebook, Google, Twitter, and ByteDance are all key incumbents in the creator economy as well as global internet companies Amazon, Spotify, and WordPress maker Automattic. Mergers and acquisitions (M&A) is a common path into the creator economy, with Google and Amazon entering the space solely through their acquisitions of YouTube and Twitch, respectively. Facebook, on the other hand, maintains dominance by purchasing startups with developers building social products. 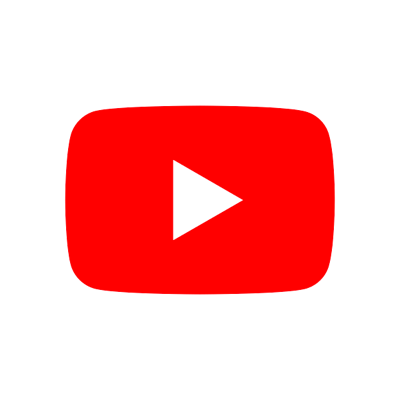 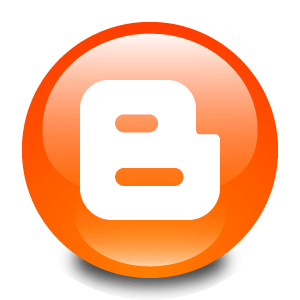 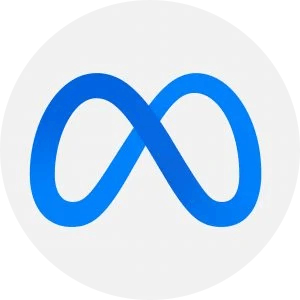 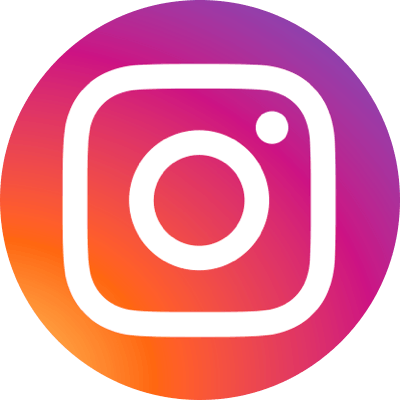 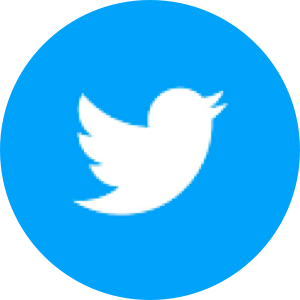 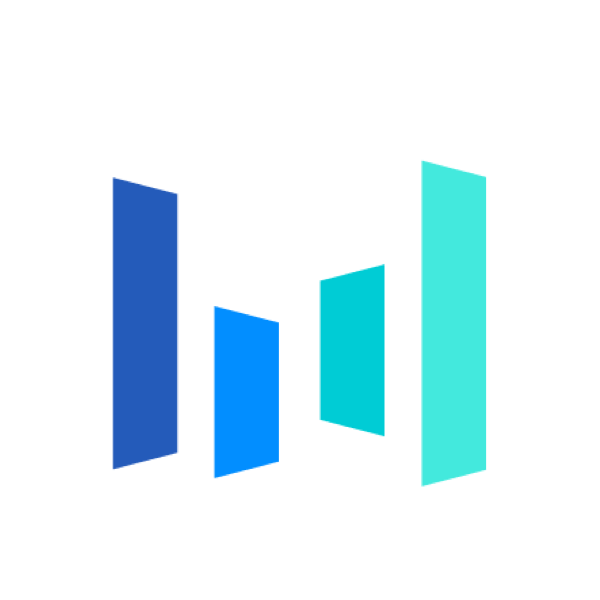 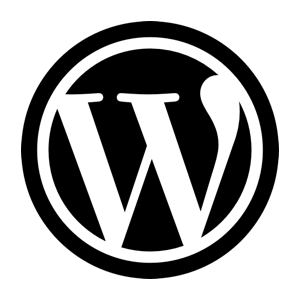 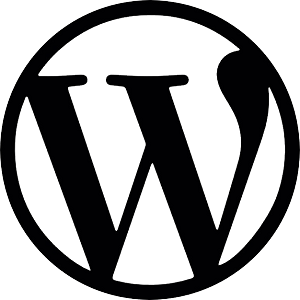 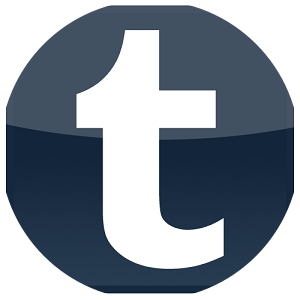 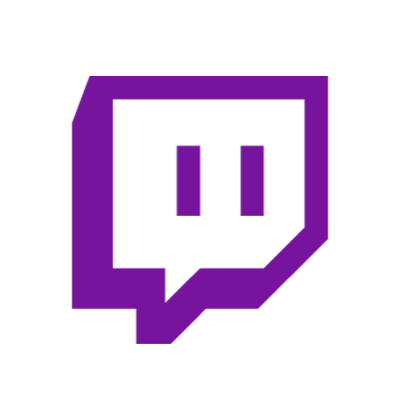 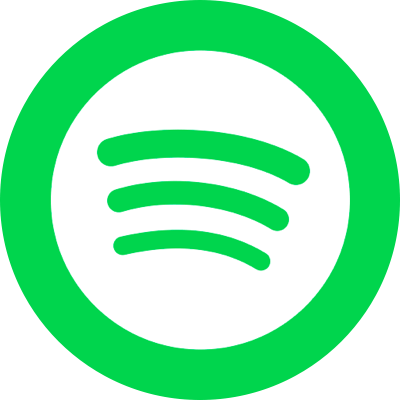 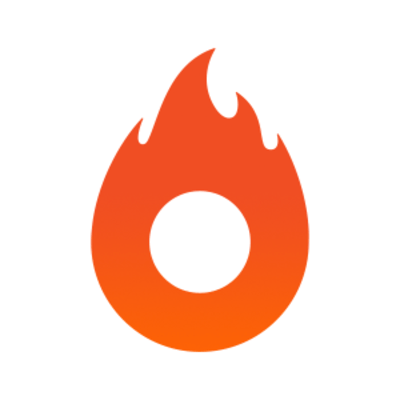 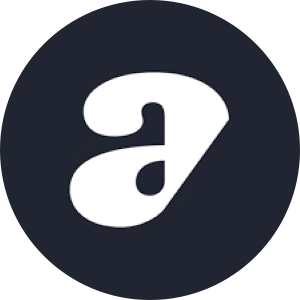 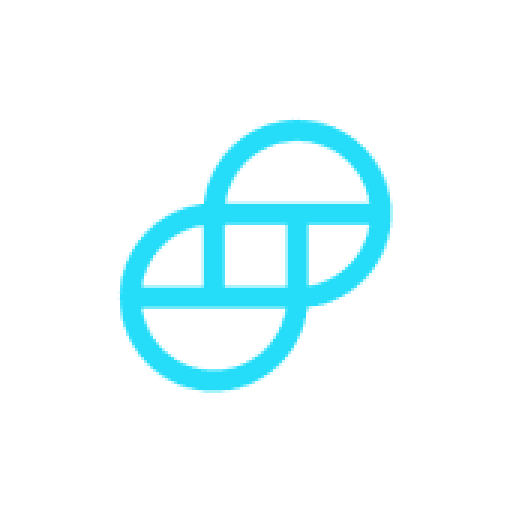 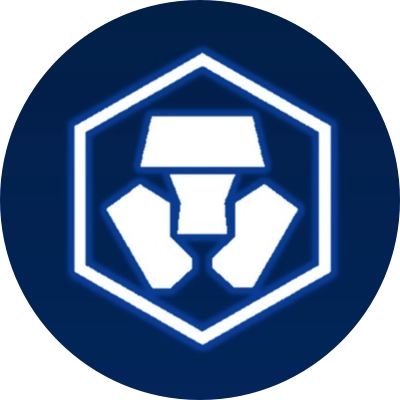 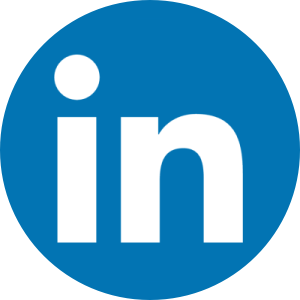 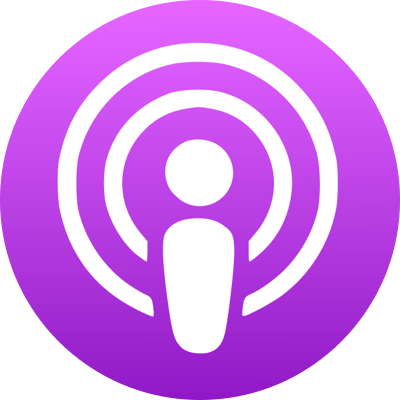 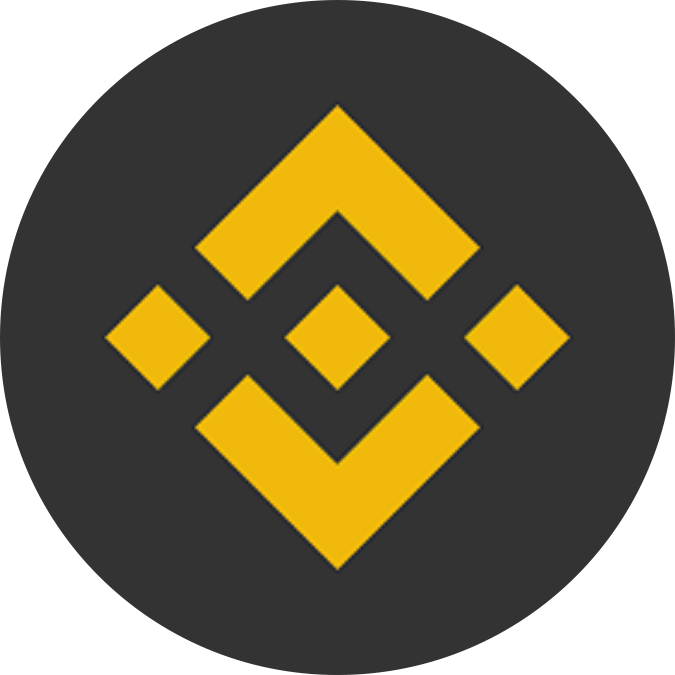 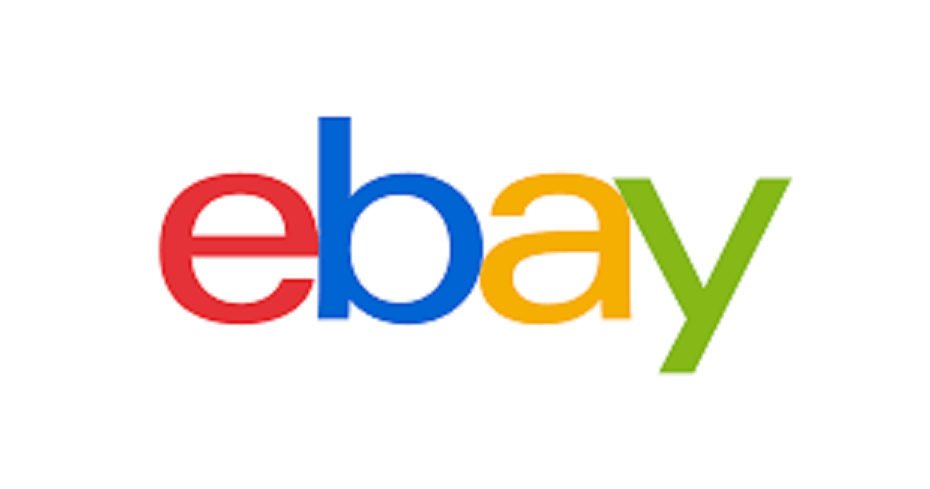 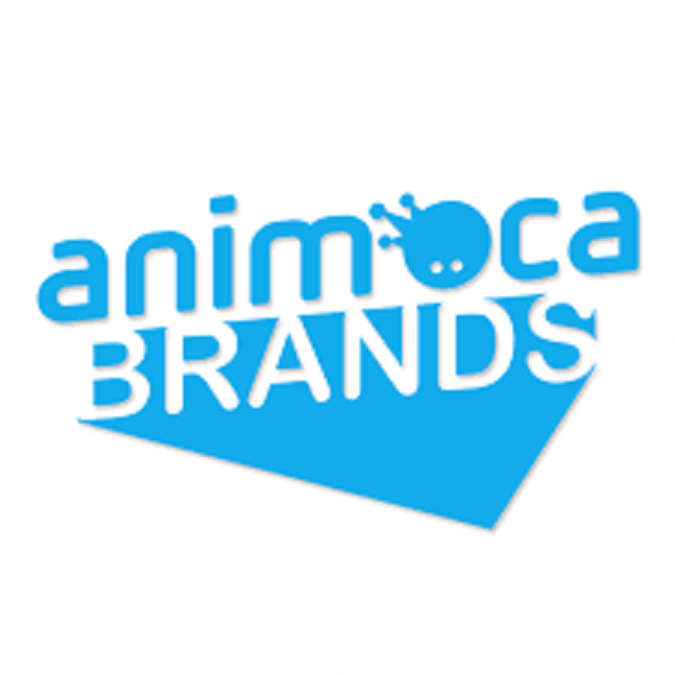 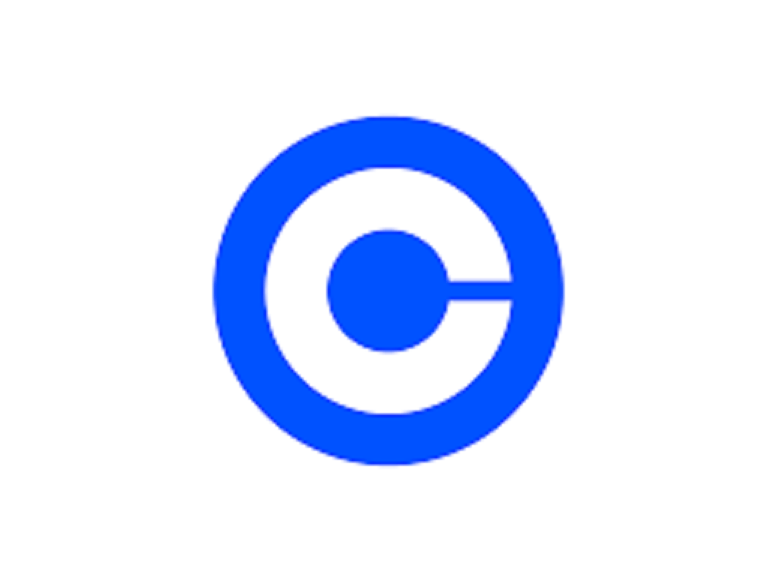 Google purchased YouTube for USD 1.7 billion in 2006. Creators are able to make money on YouTube primarily via an advertising revenue sharing agreement with the platform. YouTube’s annual advertising revenue was reported at USD 19.7 billion in 2020. YouTube also has more than 50 million music and premium paid subscribers, and more than 4 million YouTube TV subscribers as of September 2021. In 2020, YouTube was the fourth most-downloaded free iPhone app, and the third most-downloaded free iPad app. Creators with a minimum of 1,000 subscribers and 4,000 viewed hours of content are eligible to join the company’s Partners Program and receive a 55% share of advertising revenue generated from their videos.

In January 2021, YouTube reported that it has paid over USD 30 billion to creators, artists, and media companies over the last three years under its YouTube Partner Program. The growth of the YouTube Partner Program eventually led to the winding down of its original content group in January 2022 after more than six years of its being in operation. The decision was taken to focus on supporting creators through other initiatives, such as YouTube’s Creator Shorts Fund, Black Voices Fund, and Live Shopping programming. In February 2021, the company stated that in order to invest in the “next generation” of video, YouTube will be introducing new features in 2021, including those aimed at creators. These include 1) a short-form vertical video tool resembling TikTok, called “Shorts,” and 2) expanding its creator monetization tools with the introduction of the “Applause” feature. The “Shorts” tool, that allows creators to take short videos using their phones, expanded in beta version to the US in March 2021 after launching in India in beta in September 2020. YouTube reported that its Shorts trial run in India resulted in more than 3.5 million views per day and since its expansion, the Shorts player has exceeded 6.5 billion daily views globally (as of May 2021). In May 2021, to boost the Shorts tool, YouTube announced its YouTube Shorts Fund (open to all who create original content for Shorts and is not limited to those in the YouTube Partner Program), aiming to distribute USD 100 million to creators over 2021-2022. The platform intends to reach out to and pay “thousands” of creators who receive the most engagement and views on their Shorts videos every month. Meanwhile, YouTube partnered with the DIY music distribution platform TuneCore and its Paris-based parent company, Believe, to provide music for YouTube Shorts. As of January 2022, YouTube Shorts recorded over 5 trillion all-time views, and the number of channels earning more than USD 10,000 a year increased by 40% year-over-year.

YouTube launched “Super Thanks” in July 2021 enabling fans to tip creators between USD 2 - 50 for a video. The feature was initially beta tested as “Applause”, and based on feedback and suggestions, was renamed Super Thanks. This feature is YouTube’s fourth Paid Digital Good allowing fans to directly pay creators following Super Chat, Super Stickers, and channel subscriptions. Super Thanks is the first to allow tipping for uploaded videos rather than livestreams. The Super Thanks feature will be available to creators (members of the YouTube Partner Program) in 68 countries and will be expanded to all eligible creators in the YouTube Partner Program by the end of the year. The company reported that over 10 million users purchased either a Super Chat, Super Sticker, or channel subscription for the first time in 2020. The number of channels earning most of their revenue from these products increased over threefold in 2020 compared to 2019. YouTube takes a 30% cut of the digital goods sales.

In March 2021, YouTube announced the deduction of estimated taxes and fees on the income earned from viewers within the US for all creators (YouTube Partner Program members), including those who do not live in the US, stating that Google will be required to deduct US taxes from payments to creators outside of the US as early as June 2021. The taxable income includes income via ad views, Super Chat, YouTube Premium, Super Stickers, and Channel Memberships. The company stated that if tax information has not been provided by May 31, 2021, Google may be required to deduct up to 24% of the creator’s total global earnings. The company stated this change will not affect US creators, who saw a similar change in November 2020. US-based creators are only required to check if their AdSense information has been provided in full.

Following announcements made by other popular platforms Twitter, Facebook, and Instagram on embracing NFT-related features, in January 2022, YouTube also expressed its intention to expand its ecosystem by enabling creators to capitalize on emerging technologies, including NFTs. YouTube also introduced a Merch Shelf feature allowing creators to showcase their official branded merchandise. Analysts speculate that YouTube may use this feature to allow users to showcase their NFTs, in partnership with third-party NFT platforms and crypto wallets, or even build its own infrastructure and tools to integrate NFT support on YouTube profiles.