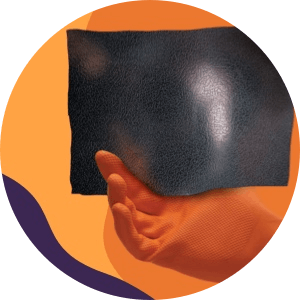 Earth-friendly biotech solutions for the textile, packaging and construction industries.

Consumers around the world are demanding more sustainable packaging, clothes, energy, food, and just about anything else available on the market today.

Rising awareness around climate change, corporate accountability, and policy support from governmental and international policy bodies all contribute to this movement.

In response, a new wave of companies are working to supply brands with renewable and sustainable materials that help maintain equilibrium between business and the environment and key natural resources.

Most of the players within the industry rely on biotechnology processes to produce these materials and have been enabled by recent R&D driven advances and resultant products and processes.

The US market for sustainable materials could reach USD 2.1 billion by 2025

We break down the sustainable materials industry into materials derived using bio-based and recycled sources. Within bio-based we looked at companies innovating new types of sustainable alternatives to leather, along with innovations in materials used in textile, packaging and industrial applications. The recycled materials segment includes companies that recycle used clothing, plastic waste, and food waste for materials to be used in textile, packaging, and other applications such as household items and building materials. Each segment represents a wide range of products given a broad diversity of materials and processes employed by competing firms. The segments involved in bio-based materials have the largest number of companies, the leather segment leads in terms of funding and the commercialization of products relative to other textile materials.

While the startups profiled in this report engage in a great variety of processes and inputs, there are some overlaps between businesses within the different bio-based material segments and even with the segments of recycled materials.

Within the bio-based leather market, the most highly-funded startups as of July 2021 are Bolt Threads, Modern Meadow, and Ecovative Design. These companies derive a form of vegan leathers from natural materials such as mycelium, algae, yeast, and other plant-based sources. Bolt Threads is also leading the bio-based textiles space in terms of the highest private funding. However, this segment also includes the listed disruptor Spinnova, and Allbirds—which reportedly filed for an initial public offering in June 2021 and is expected to go public by September 2021.

Regarding bio-based packaging materials, Origin Materials, Ecovative Design, and Anellotech are the most highly-funded startups. Origin Materials agreed to merge with a publicly-traded special purpose acquisition company (SPAC) in February 2021, a transaction that resulted in Origin Materials going public at a USD 1.8 billion valuation. This segment focuses on bioplastics and other biodegradable materials for packaging and single-use plastic applications.

The recycled materials segments include companies working to solve the global plastic pollution problem by producing recycled alternatives to plastic, textile materials and other materials with applications in household goods, building materials, and furnishing. Common inputs for companies in this space include clothing waste, plastic waste, and food waste.

Bolt Threads manufactures vegan “spider” silk and mycelium-based materials. Bolt Threads develops isolated silk proteins from proteins inspired by spider silk through a yeast fermentation process.  The company’s Microsilk products are sold under its clothing brand, Best Made Co. The company has also developed another biomaterial using mushroom-based mycelium, an alternative leather product branded as Mylo, which is produced on a larger scale.

For its Microsilk product, Bolt Threads launched its first collaboration in 2017 with fashion designer Stella McCartney and introduced its second prototype in the form of a biodegradable tennis dress.

The leather alternative Mylo has been used in collaborations with Stella McCartney, Seattle-based leather bag manufacturer Chester Wallace, and Canadian athletic apparel retailer Lululemon. In October 2020, The Mylo Consortium was also formed including Adidas, Stella McCartney, Kering, and Lululemon, who collectively have made a seven-figure investment into Bolt Threads to produce Mylo. In return for their investments, these brands will have access to a large supply of the product.

Both Stella McCartney and Adidas have partnered with Bolt Threads and have started using Mylo in their clothing collection and sneakers respectively. Stella McCartney has been experimenting with Mylo to create clothing prototypes with plans to use the material in upcoming collections. Adidas used Mylo to produce high-performance footwear for the first time in April 2021 by making a vegan version of its “Stan Smith” sneaker design that dates back to 1965 and has plans to expand the use of Mylo material in its other products including handbags, wallets, shoes, jackets.

In September 2021, Bolt Threads announced its plans to produce Mylo on a commercial scale by the end of 2022 and expects to collaborate with mushroom farmers to heighten its mycelium crops. For its Microsilk product, Bolt had a production capacity of 32,000 sq ft per annum as of 2018. Since Microsilk remains significantly more expensive than traditional silk, the founders are seeking ways to scale up.

The company’s last funding round was a USD 123 million Series D in January 2018 led by Baillie Gifford. The funds were used to commercialize the company’s Microsilk products.

Industry incumbents cover a wide range of products and applications from fabrics, to shoes, cosmetics, and industrial uses. Some of these firms have also recognized the importance of having a sustainable partner or business embedded within their value chains.

The majority of these companies have entered the industry via acquisition of smaller companies focused on sustainability to gain more control over their own supply chains. Other major companies such as Adidas, Aquafil, and Foss have managed to develop sustainable material businesses in-house. 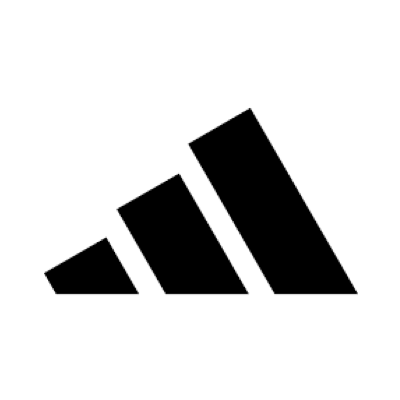 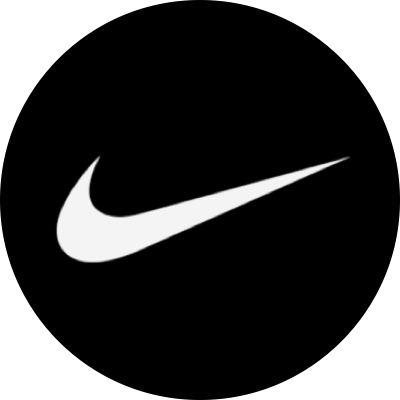 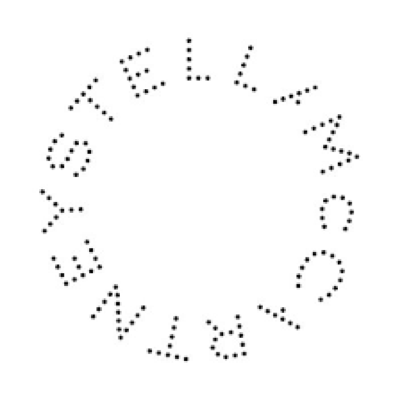 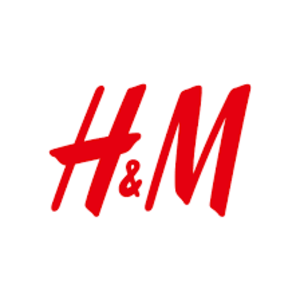 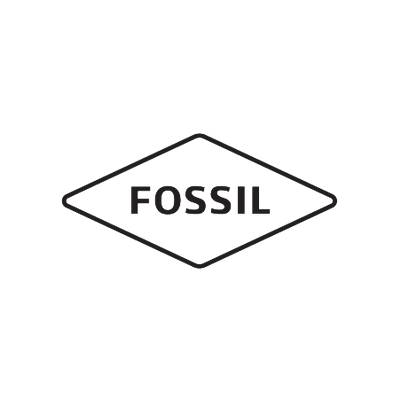 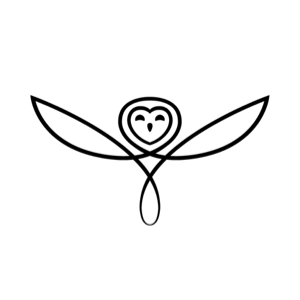 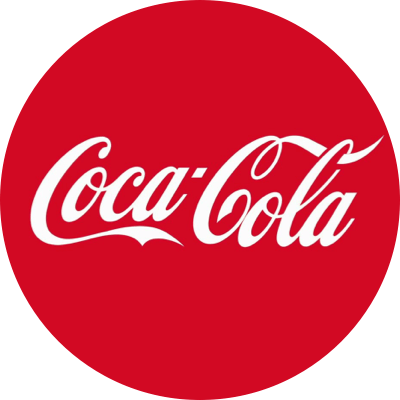 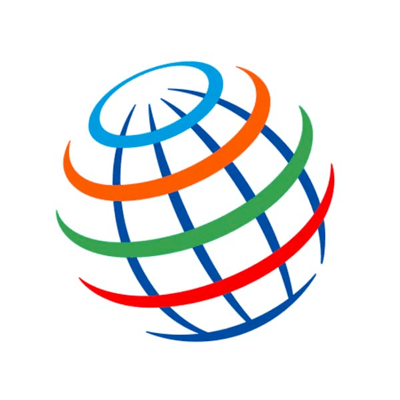 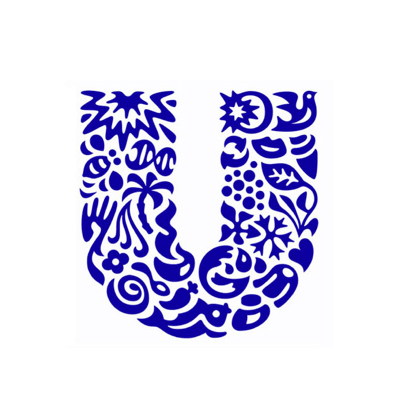 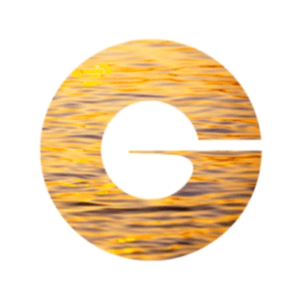 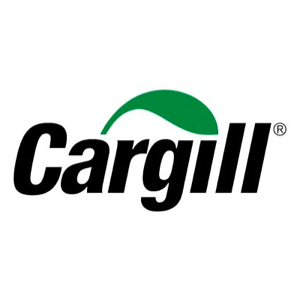 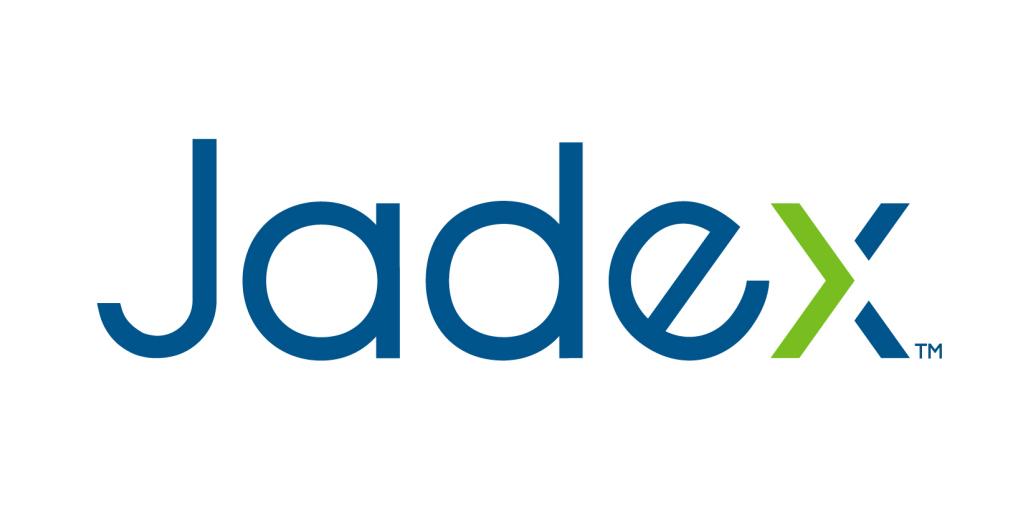 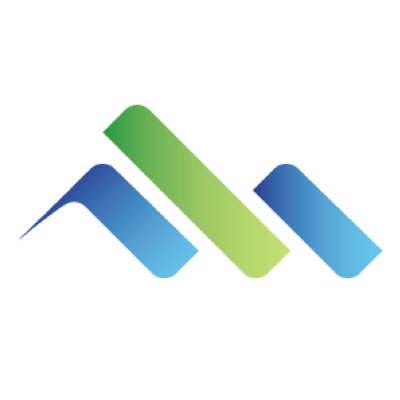 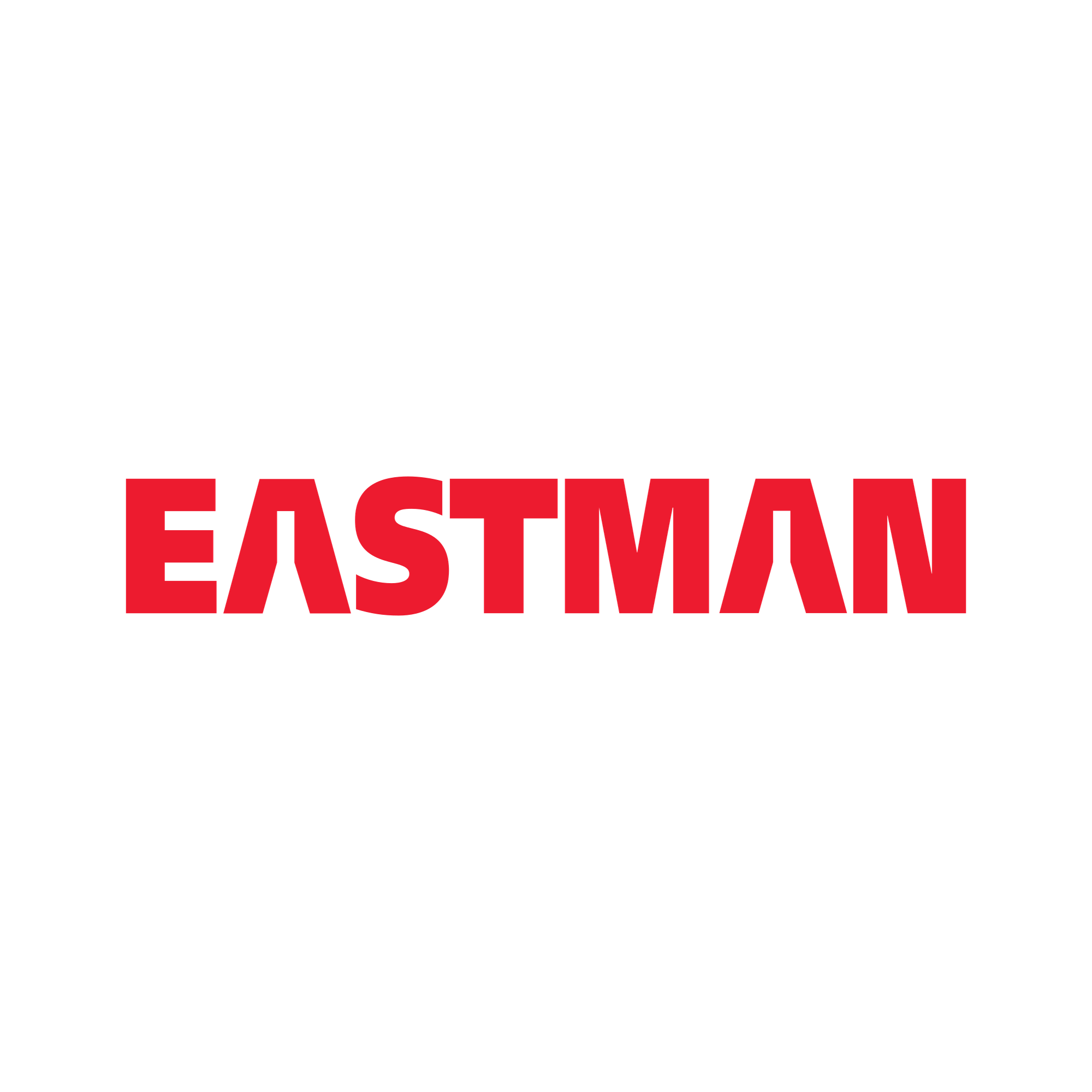 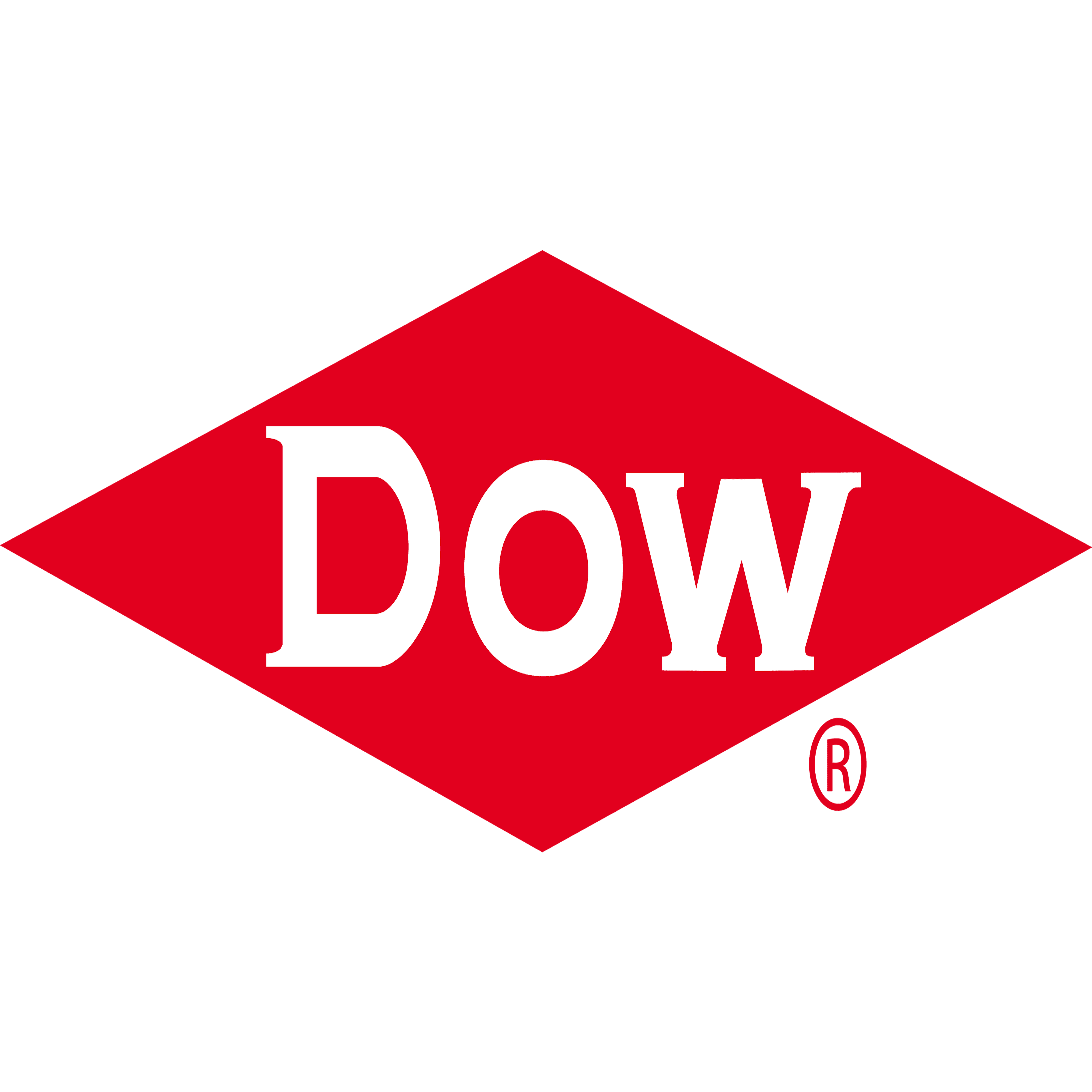 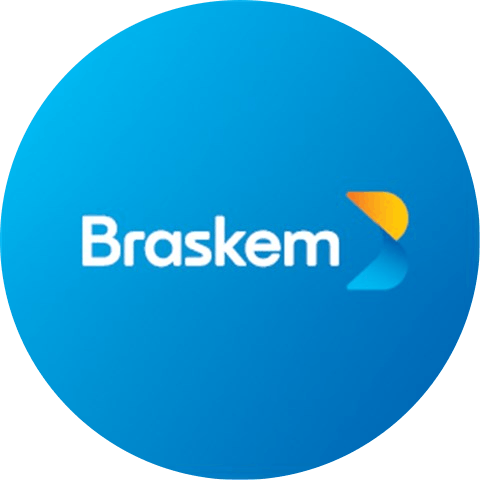 In November 2016, Adidas partnered with AMSilk to launch a shoe made from the Biosteel synthetic silk biopolymer.

In September 2020, Adidas issued a sustainability bond of EUR 500 million (USD 585 million) for investments into more sustainable materials and processes.

In October 2020, Adidas, together with athletic apparel retailer Lululemon, luxury goods producer Kering, and designer brand, Stella McCartney, announced a partnership with Bolt Threads via a collective investment into the development and production of Mylo, a mushroom-based mycelium with a wide variety of applications. In exchange, these companies will have access to mycelium to use in the manufacturing of their own sustainable products. Under the partnership, Adidas announced plans in April 2021 to introduce Mylo in recreating a vegan version of its “Stan Smith” sneaker design. The company has also created a tennis dress (in collaboration with Stella McCartney) using Bolt Thread’s vegan spider silk in July 2019.

In June 2021, Adidas announced plans to invest EUR 3 million (USD 3.7 million) in Finnish sustainable textile fiber producer Spinnova’s initial public offering scheduled for that same month. The company plans to source a significant amount of sustainable fiber produced by Spinnova through the investment. The investment is in line with Adidas’s long-term plans to only use sustainable polyester in its products by 2024.