A foundational component to the next generation of digital entertainment.

The term esports, short for “electronic sports,” refers to organized, competitive video gaming played at a professional level. Esports draws in large audiences, and often feature multiplayer human-versus-human competitive games. The esports industry includes a host of game genres out of which Multiplayer Online Battle Arena (MOBA) is the largest genre by viewership and includes popular titles such as League of Legends and Dota 2.

Global esports industry revenue reached USD 951 million in 2019, up from USD 194 million in 2014—a 37.4% CAGR. The esports industry encompasses a complex ecosystem that includes game developers, leagues, third-party league organizers, team organizations, and broadcasting platforms. Among them, team organizations have seen recent high activity in terms of funding and revenue growth while there have been several up-and-coming disruptors in the broadcasting platforms and leagues and tournaments segments.

The developer segment in the esports industry is dominated by large incumbents, such as Activision Blizzard and Riot Games, both of which have enjoyed longstanding success with popular esports titles such as Call of Duty and Overwatch for the former, and League of Legends for the latter. SunSpear Games, Theorycraft, and Frost Giant Studios are notable startups in this segment founded by former Riot Games and Blizzard Entertainment employees.

The number of team organizations is growing quickly as esports becomes more popular, and the segment is dominated by growth-stage organizations such as FaZe Clan and 100 Thieves. The broadcasting platforms segment is occupied by a sizeable number of incumbents, while disruptors are entering the fray as online viewership is growing to become the most preferred form of esports consumption. Tournament platforms account for a large share of the disruptors in the space, as this is considered the entry-level to professional competitive gaming. The esports infrastructure segment is also populated with a handful of growth-stage companies deemed essential to the industry’s growth and accessibility. Guilded is a company to note in the communication platform segment, up against a longstanding incumbent, Discord.

Team organizations and tournament platforms make up the bulk of players in the space and also account for the majority of the total funding (USD 1.5 billion) as of August 2021. Team organizations are led by FaZe Clan and 100 Thieves, both of which have developed strong premium lifestyle brands in addition to their esports operations. In the tournament platforms segment, Mobile Premier League has emerged as the leading private company with USD 226 million in funding as of August 2021.

Within infrastructure and broadcasting platforms, Vindex (backed by esports industry veterans Mike Sepso and Sundance DiGiovanni) and Caffeine (backed by Fox Corporation) respectively are notable disruptors. Among private companies, Caffeine is leading in terms of funding with USD 294 million and players have raised a total of USD 2.3 billion in funding as of August 2021.

Theorycraft is a startup game development company led by veterans in the industry who have worked on some of the most popular gaming and esports titles, such as League of Legends, Halo, Destiny, Overwatch, Valorant, and Team Fortress 2.

In March 2021, the company announced its USD 37.5 million Series A round led by NetEase, Inc. In addition, the round included participation from NEA, BITKRAFT Ventures, Griffin Gaming Partners, Sisu Game Ventures, and angel investors. The fresh capital will be funneled into building its team to work on a community-driven, competitive, player-vs-player game compatible with multiple platforms.

Developers use in-house solutions to create popular esports titles, while tech giants adopt an acquisition strategy to enter the space

Incumbents are represented by established developers, streaming platforms, older esports teams, and a popular communication app for gamers. In addition to developing games, developers influence the industry by creating franchise models for esports leagues (e.g. Riot uses a franchise structure for League of Legends, and Activision Blizzard does the same for Call of Duty and Overwatch). Gaming company Axiomatic has entered the space via strategic investments and acquisitions across all segments. Media and entertainment companies such as Modern Times Group and Enthusiast Gaming have also made key acquisitions in the tournament platform and team organization segments.

Large tech players such as Amazon, Microsoft, and Google have also entered the esports streaming space, with Amazon’s acquisition of Twitch (USD 970 million in 2014), Microsoft’s acquisition of Beam (2016) and the launch of YouTube Gaming by Google in 2015. These three tech giants have also shifted their focus to offer cloud gaming services using existing resources from their cloud businesses.

Furthermore, in a recent announcement Canadian e-commerce company Shopify announced its entry into the esports arena with the launch of its esports team, Shopify Rebellion. 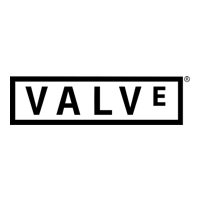 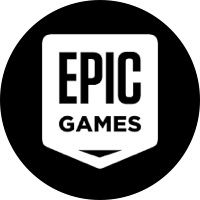 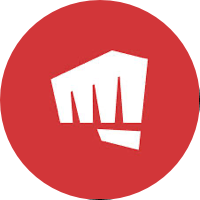 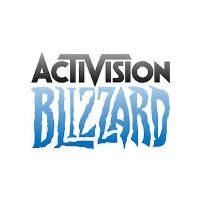 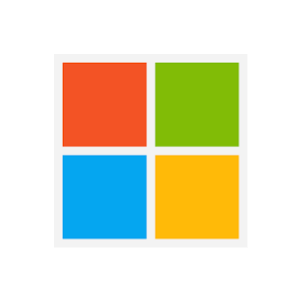 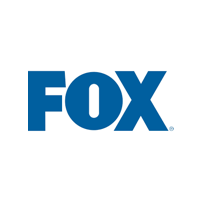 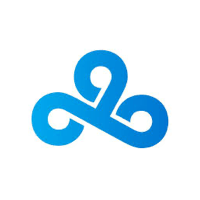 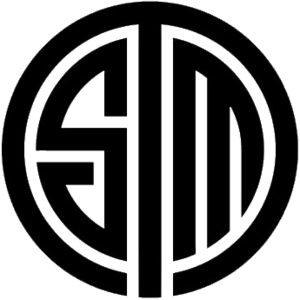 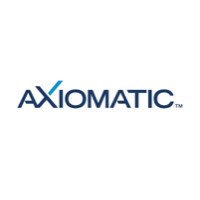 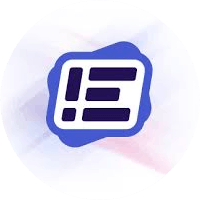 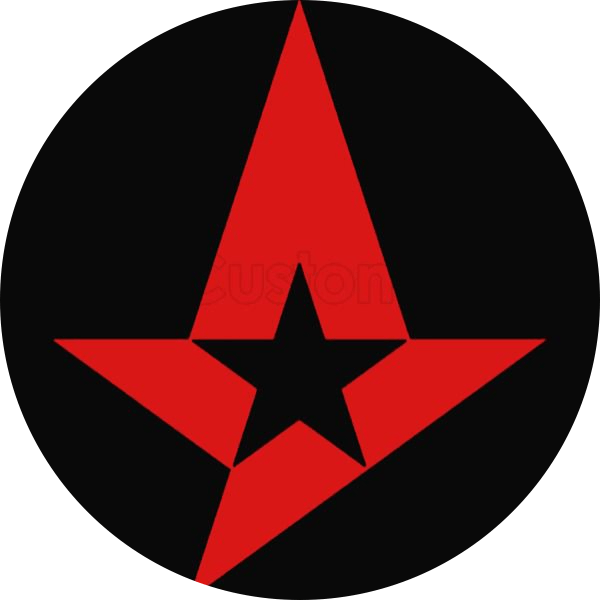 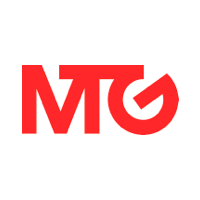 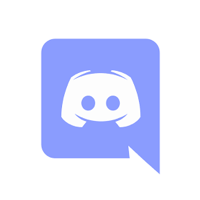 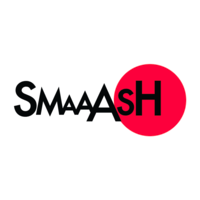 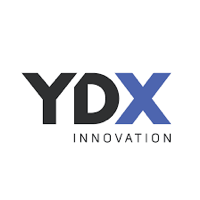 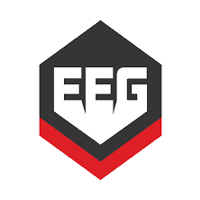 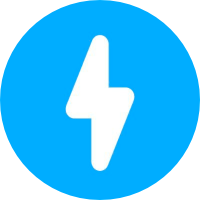 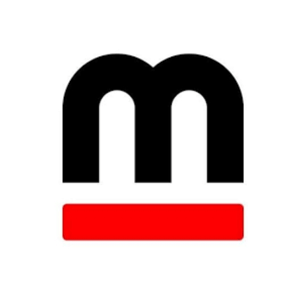 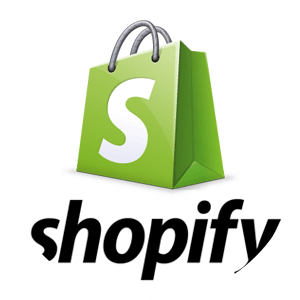 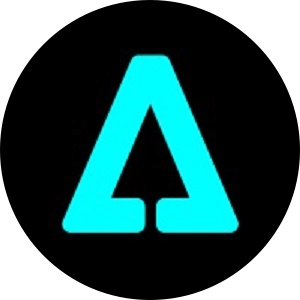 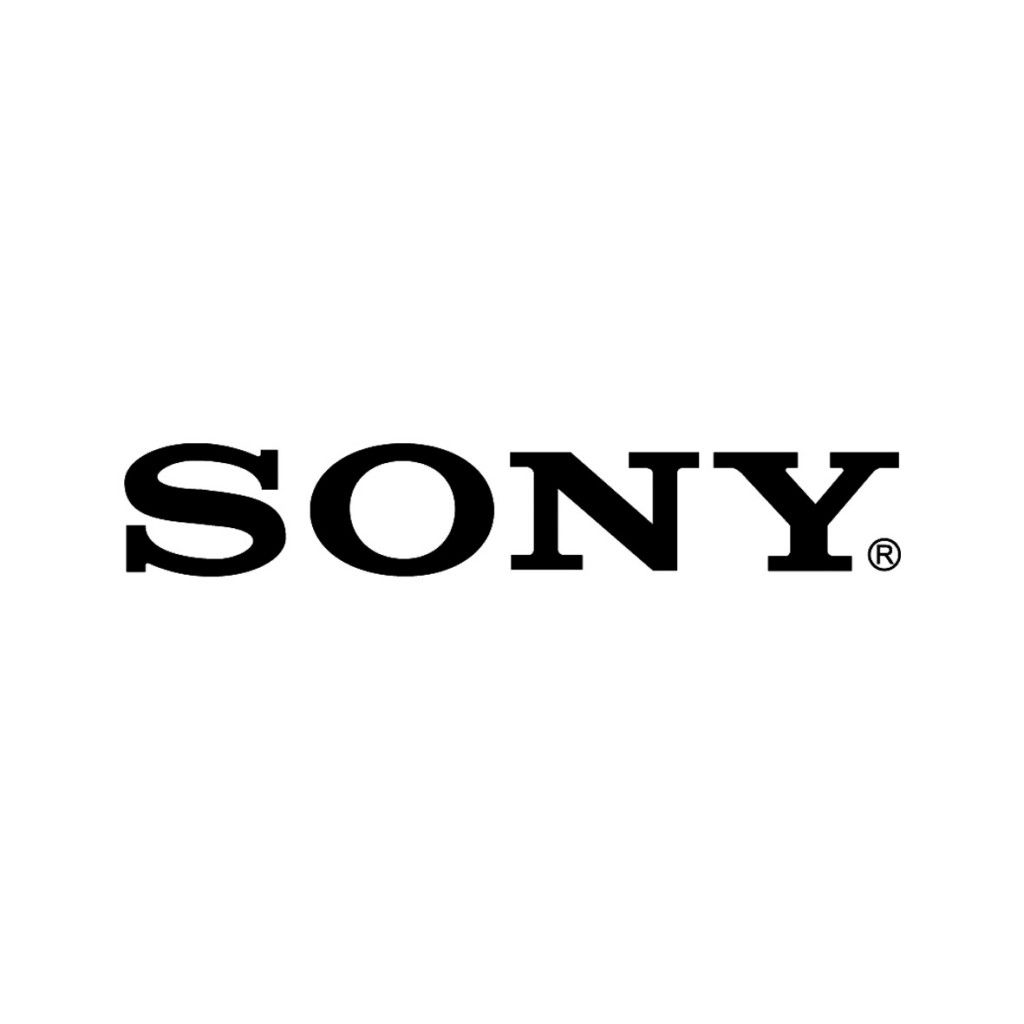 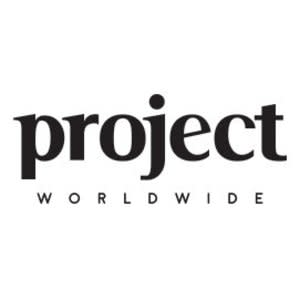 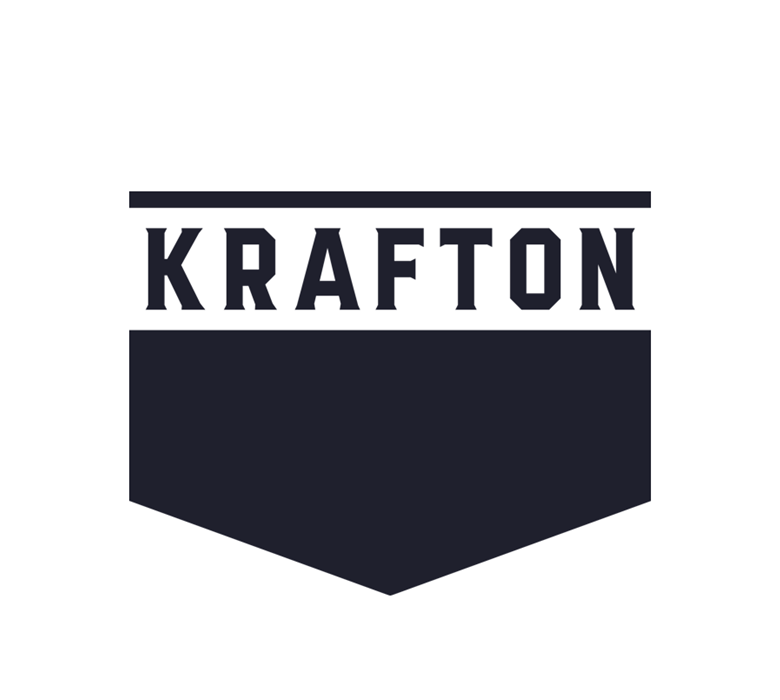 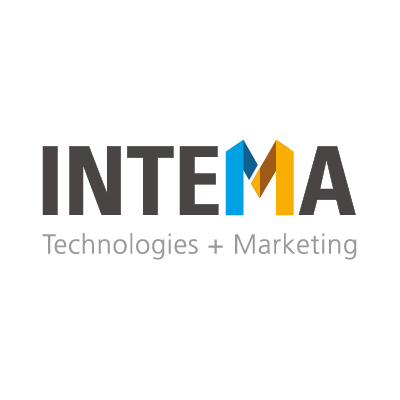 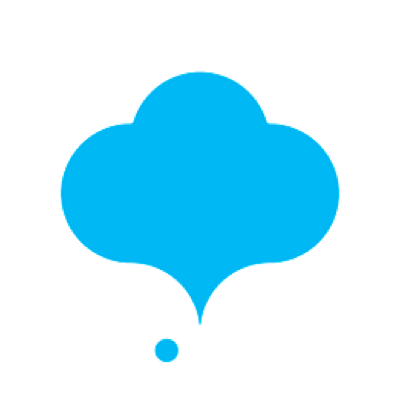 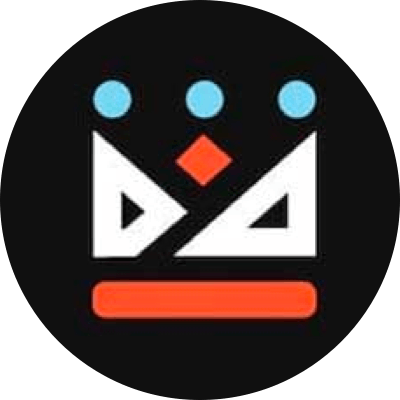 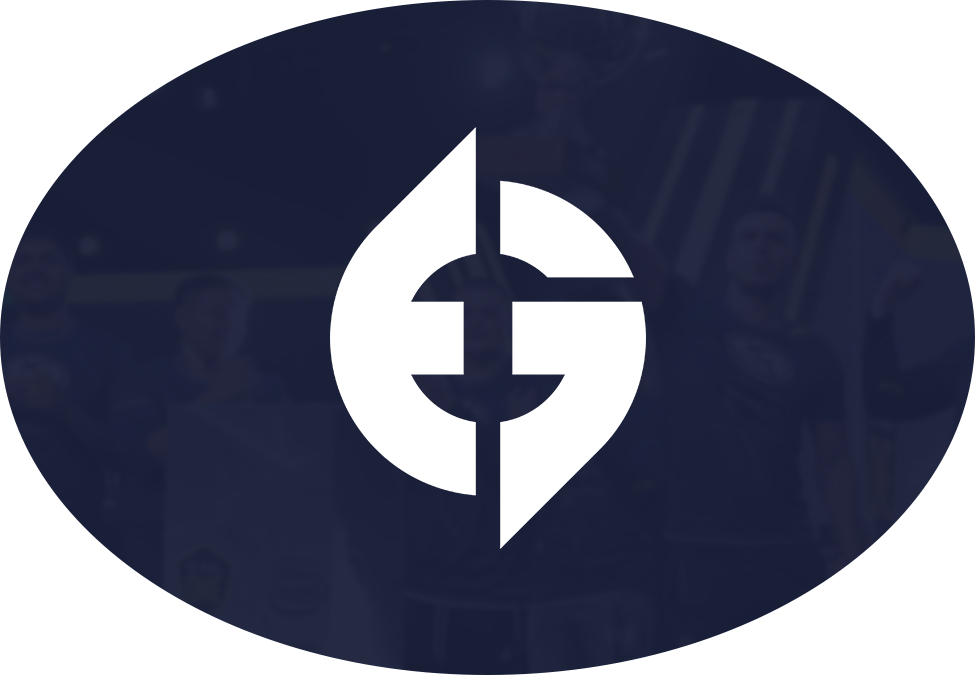 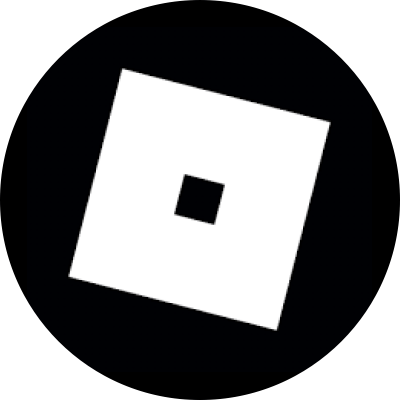 Valve Corporation is a US game developer and digital games distribution platform founded in 1996 by former Microsoft employees Gabe Newell and Mike Harrington.

Valve revolutionized the first person shooter (FPS) genre of video games with the release of popular PC titles such as Half-Life (1998), Counter-Strike (2000) and Left 4 Dead (2008). Today, Valve’s Dota 2 (2013) and Counter-Strike: Global Offensive (2012) are two of the most popular esports titles. They rank high among peak viewership on Twitch, with 1 million and 0.8 million viewers, respectively, in 2019.

In 2011, Valve launched its first esports competition for Dota, The International (TI), with a prize pool of USD 1 million. The competition held in 2019, TI 19, boasted a prize pool of USD 34 million—the single highest for an esports event ever. In addition, Valve is pursuing a regional league structure covering six regions (the Americas, Europe, Southeast Asia, China and the Commonwealth of Independent States) for its Dota 2 Pro Circuit. This differs considerably from the new franchising structure Riot Games and Activision Blizzard has introduced.

In May 2021, Valve announced that its flagship Dota 2 tournament, The International, was set to resume in August 2021, after a year of hiatus for the tournament as a result of the Covid-19 pandemic. However, The Swedish Sports Federation voted against the acceptance of esports into the sports federation in early June 2021. Subsequently, Valve had made requests to classify the tournament as an elite sporting event as a workaround, which were also denied. Furthermore, no other resolution had been provided by the Swedish government. As a result, due to the complexities created for players and staff to procure travel visas to participate in the competition, Valve decided to relocate the competition to Bucharest, Romania in July 2021.