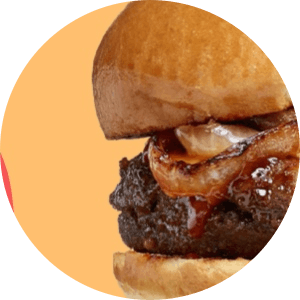 A new wave of meat, fish, and poultry alternatives are driving this hyper-growth industry into the mainstream.

Plant-based products are carving out a meatless future

Versions of plant-based meat substitutes have been available since at least the 1970’s, when MorningStar Farms introduced its line of vegetarian meat substitutes. Although these failed to garner a large or long-lasting consumer base, today plant-based meat is having another moment, in a revival driven by growing demand for healthier food choices that are less harmful to the environment. Unlike the distinctly un-meat-like quality of the original veggie burger, today’s plant-based meat products are produced by sophisticated processes that use a combination of vegetable byproducts, seeds, and grains to mimic the flavor, color, and—likely the most significant achievement in the industry—the mouthfeel of meat.

Consumer interest in a new generation of non-meat products continues to grow, and startups have seized the opportunity to produce improved plant-based products, swiftly closing the taste gap between real and alternative meat.

More than 40% of the startups in the industry already have a commercialized product. Incumbents in the industry have opted to invest in new plant-based startups as an entry strategy, and most are consumer packaged good manufacturers or meat producers.

Beyond Meat and Impossible Foods Lead the Industry

Founded in 2009, Beyond Meat is a leading producer of plant-based meat products. The company uses a patented process to convert plant proteins into structures that physically and nutritionally resemble animal protein using a mix of peas, mung bean, fava bean, and brown rice. In 2012, Beyond Meat launched its first plant-based meat product, vegan chicken strips, which was discontinued in 2019 due to the lack of popularity. As of July 2021, the company’s portfolio includes plant-based ground beef, burgers, meatballs, breakfast sausages, links, and beef crumbles, and chicken tenders. The founder and CEO, Ethan Brown also stated plans to bring versions of plant-based bacon and chicken breast products in an interview with the Wall Street Journal in July 2021. Beyond Meat’s flagship product- the Beyond Burger, launched in May 2016 is its single biggest menu item which made up nearly 70% of the company’s revenue in 2018. In an effort to introduce healthier plant-based products, the company launched new versions of its Beyond Burger: one—claimed to be its juiciest burger yet—with 35% less saturated fat relative to an 80/20 meat-to-fat blend of beef burger, and the other claimed to be its most nutritious burger yet, with 55% less saturated fat than an 80/20 beef burger.

Beyond Meat initially co-manufactured its products and later absorbed its partners to bring costs down. In November 2020, the company completed the acquisition of its Pennsylvania co-packer for USD 14.5 million. The acquisition helped Beyond Meat lower production costs, test new processes, and increase the cadence of new product launches as well as establish a more robust US supply chain. The Pennsylvania packing plant complements Beyond Meat’s two older extruded protein manufacturing facilities in Columbia, Missouri. Beyond Meat signed an agreement with Jiaxing Economic & Technological Development Zone (JXEDZ) in China in 2020 to design and develop two production facilities in the zone; of which the first went online in April 2021. This marked Beyond Meat’s first end-to-end manufacturing facility outside of the US. The production facilities in China are expected to push the distribution of Beyond Meat products in China through outlets such as Starbucks, KFC, Pizza Hut, Taco Bell, METRO China, and Freshippo. In 2021, the company collaborated with KFC China to launch a new Plant-Based Spicy Beef Wrap in 2,600 locations across 28 Chinese cities for a limited time. Later in the year, Beyond Meat also launched its first DTC e-commerce site in the Chinese market - an online store on JD.com’s e-commerce platform, with a plan to eventually expand across 300 cities in China.

Since the launch of Beyond Burger, the company has been partnering with major quick-service restaurants such as Starbucks, McDonald’s, Denny’s, Carl’s Jr. and Hardee’s, Dunkin’, Subway, and KFC to launch menu items inspired by Beyond Meat’s products to expand its presence in the US and internationally. As of March 2021, Beyond Meat’s products were available in more than 71,000 locations across the US, and in more than 47,000 locations in 80 countries.  In 2021, The company announced a 3-year strategic partnership with McDonald's that recognized Beyond Meat as the preferred patty supplier for the “McPlant” burger which established the “McPlant” platform as the chain's latest initiative to launch plant-based products including vegetarian burgers, chicken, and breakfast offerings. Similarly, Beyond Meat entered into a partnership with Yum! Brands in February 2021, to co-create exclusive menu items for KFC, Pizza Hut, and Taco Bell brands over the next several years; In January 2021, KFC added “Beyond Fried Chicken”, to its menu for a limited time. The company also formed a JV (named “PLANeT Partnership”) with PepsiCo in January 2021 to commercialize new snack and beverage products made from plant-based protein.

In its latest quarterly earnings release, Beyond Meat reported a revenues growth of 12.7% YoY for Q3 2021, driven by international segment growth; which saw a 142.5% YoY growth contributed by over 2x increase in both retail and foodservice revenue in contrast to the US sales were down by 13.9% YoY. Beyond Meat attributed the overall low demand in the US and operational challenges such as severe weather for the decline, for the revenue drop. The company cut down its Q4 2021 revenue expectations, with the new expectations ranging between USD 85 million to USD 110 million; substantially lower than Wall Street’s expected estimate of 131.6 million. Although the company expects the challenges, including the pandemic-related uncertainty of consumers to continue in Q4 2021, Beyond Meat’s management remained optimistic for 2022, hinting at new product launches that could reach price parity with meat.

Beyond Meat raised a total of USD 122 million in funding prior to being listed.  The company’s IPO was considered the most successful in 2019, with its share surging by more than 163% by the close of trading, over the offer price of USD 25. The highly volatile stock has traded between around USD 60 and USD 195 since going public.

Supermarkets and grocery stores are also entering into partnerships with alternative meat startups to capture growing demand. Beyond Meat has entered into multiple partnerships with supermarkets and grocery stores, including key players such as Kroger and Albertsons Companies. This strategy is part of what helped extend the startup’s presence in the US to 28,000 retail locations by December 2019. The spike in demand has also driven retailers, such as Albertsons Companies, to introduce their own lines of plant-based foods.